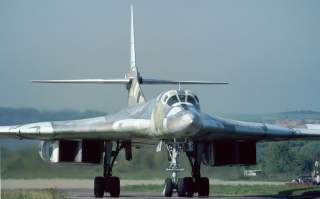 ‘Anti-access/area denial’ (commonly known as A2/AD) has become a hot topic in recent years. Many have detailed the threats that A2/AD weapons systems pose to the US military, especially its aircraft carriers. But those threats aren’t new; A2AD campaigns have been waged since the Greco-Persian War. They aren’t even new threats to American aircraft carriers, which faced a similar threat from the Soviet Navy during the Cold War.

A glance at a map reveals the challenge faced by the Soviet Navy in achieving these objectives. While the Soviet Union spanned the Eurasian landmass, its access to the Atlantic and the Pacific oceans was limited. Both the Baltic Sea and the Black Sea—each home to a Soviet fleet—had single entrances, creating chokepoints easily monitored by NATO forces. In the north, Soviet Northern Fleet vessels had to sortie through the Barents Sea and Norwegian Sea—areas of intense NATO naval activity—and then pass through the Greenland–Iceland–United Kingdom gap before they could reach the Atlantic Ocean. The Soviet Pacific Fleet had easier access to the ocean from its bases in Petropavlovsk-Kamchatsky, but vessels based in Vladivostok had to transit Japanese waters to quickly reach the Pacific Ocean.

This was both a blessing and a curse for the Soviets. NATO naval vessels had to travel long distances to the Soviet Union’s littoral region to threaten the Soviet homeland or its SSBN bastions. Those positions were well within range of Soviet Naval Aviation aircraft. On the other hand, the same distances also made it difficult for the Soviet Navy to project power with its surface vessels. Soviet naval doctrine in the early part of the Cold War called for the Soviet Navy to challenge NATO vessels for control of the open ocean. However, various developments forced the Soviet Navy to fall back to an A2/AD strategy.

To protect the homeland and to secure its SSBN capability in the event of conflict, the Soviet Navy planned to deny NATO access to its littoral region and SSBN sanctuaries by creating a defensive perimeter up to 3,000 kilometres away from its shores. Defending the perimeter would’ve involved attacking NATO bases on the Soviet periphery, interdicting NATO submarines attempting to access Soviet SSBN sanctuaries, and attacking NATO surface vessels and carrier battle groups (CBGs) before they could access the Soviet littoral.

NATO naval and air bases encircled the Soviet Union, giving NATO naval forces jumping off points to the Soviet littoral. Striking those bases with cruise missiles launched from long range strike aircraft or submarines, as well as attacks by Special Forces, was seen as a good first step in limiting NATO naval access.

Tracking CBGs at sea during the Cold War was difficult. To do that, the Soviet Navy created an extensive ocean surveillance system comprised of radar ocean reconnaissance satellites, electronic intelligence ocean reconnaissance satellites, surveillance surface vessels, and maritime patrol aircraft. These platforms were used to create a ‘kill chain’ that fed targeting data to Soviet strike aircraft and submarines, which could then attack NATO vessels with long range anti-ship cruise missiles (ASCMs) and torpedos.

If that all sounds familiar, it’s because China is currently attempting to do something very similar with its military modernization program. It appears to be creating a bastion for its growing fleet of SSBNs by building artificial islands, developing advanced sea mines, deploying underwater sensors, and investing heavily in improved ASW capabilities. It’s also developing a variety of long range anti-ship ballistic missiles (ASBMs) and ASCMs to threaten US forces in the Pacific and limit US access to its littoral region.

The concept’s the same, though new technologies have changed aspects of the execution. Developments in missile technology and maritime reconnaissance systems have made China’s ASBMs and ASCMs more accurate than their Soviet counterparts. And cyberspace and space-based assets, which were in their infancy during the Cold War, now play an increasingly critical role in modern day conflict.

Whether China’s A2/AD strategy will work is something we’ll only find out in the event of conflict. We still don’t know how effective the Soviets’ A2/AD strategy would’ve been because it was never tested in wartime. That’s not to say it wasn’t tested at all, as various American submarine commanders will tell you over a drink. Let’s hope that close encounters discussed at a Navy bar remain the only way these strategies are tested.