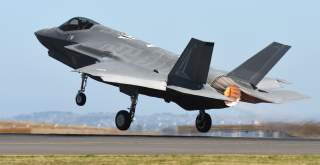 Military secrecy prevents knowing the full breadth of China’s high-tech energy weapons programs. But the testimony and published writings make clear that the development of these arms is getting large-scale investment and high-level Chinese support.

China’s disclosures about the coming weaponization of space should greatly concern American and allied defense planners, given the potential for these technologies to alter global stability and peace.

In light of these threats, the United States should consider changing its long-held policy of not deploying arms in space.