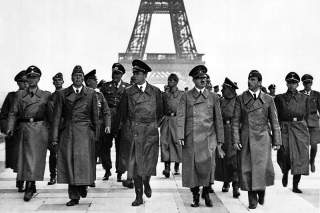 Image: Adolf Hitler and his entourage visiting the Eiffel Tower in Paris on June 23, 1940, following the occupation of France by the Nazis.​ Wikimedia Commons