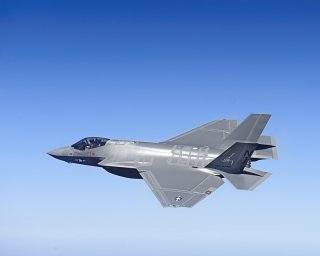 It’s called the Lightning II, but perhaps it should be renamed the Phoenix. Like the mythical bird, the F-35 Joint Strike Fighter (JSF) has risen from the ashes.  This is a program that once seemed to be on life support, where the short takeoff/vertical landing (VSTOL) variant was placed on a two-year probation by then Secretary of Defense Robert Gates. Unquestionably, the challenges of producing a single fighter in three variants for the Air Force, Navy and Marine Corps proved more difficult than originally thought.

Despite significant schedule slippage and additional costs, the F-35 program is now hitting all its scheduled targets and performing excellently. Last year, the Marine Corps declared the initial operating capability (IOC) for that variant, the F-35B. Yesterday, the Corps formally stood up its second F-35 squadron. The Air Force is on track to declare IOC for the F-35A before the end of 2016. The Navy expects IOC for the carrier variant, the F-35C, in 2018 or 2019. All three services are deep into the development of concepts of operations for employing this new capability in concert with their fourth generation aircraft. Hundreds of pilots from the three services and almost a dozen countries have gone through or are currently receiving training on the F-35.

The F-35 will not only be America’s premier fifth generation fighter, but the world’s. From its inception, the JSF was going to be an international fighter. Although the U.S. was always going to be a 600-pound gorilla in the room, if, for no other reason, that it planned to acquire more than 2,400 F-35s, allied nations were in on the program from the start. The F-35 Consortium, consisting of the United Kingdom, Italy, the Netherlands, Canada, Turkey, Australia, Norway and Denmark, contributed more than $4 billion towards the program’s development costs. The aerospace industries in each of these countries also contributed critical technologies. They hoped to buy between 600 and 700 JSFs. In addition, several of these nations will become major regional maintenance and sustainment hubs.

Other nations are lining up to join the F-35 team. This month, Israel received its first F-35A. It currently is on contract to buy 19, but that number is expected to rise over the years to as many as 75. South Korea has announced that it will acquire 40 F-35s to replace its fleet of aging F-4s. Japan currently plans to buy 42 JSFs with more to come. Foreign sales of the aircraft could easily double as existing operators acquire more and new nations make purchases.

Today, around the world, there are some 185 F-35s flying. This is one of the benefits of concurrency. If the Pentagon had waited until every kink was worked out of the system before buying any, no one would be training on the aircraft today, the Marines wouldn’t have two operational squadrons and the U.S. Air Force would still be waiting for its first JSF.

International orders help reduce the price for F-35s purchased by the U.S. military. But far more important, foreign sales of the JSF create a global network of similarly equipped, trained and capable countries. The sensor and communications systems aboard the F-35 will allow an unprecedented degree of information sharing between the U.S. and its allies. The maintenance and sustainment capabilities of F-35 partners and recipients could help support U.S. overseas operations as well.

I would be remiss if I did not make note of the fact that despite efforts to paint the JSF as inferior to currently available aircraft, all of which are essentially 1970s and 1980s vintage technology, the aircraft is unquestionably superior to anything flying today with the sole exception of the F-22.  Just ask experienced pilots who have flown other combat aircraft as well as the F-35. Its stealth features, advanced engine and sensor suite allows for an entirely new set of combat tactics. Moreover, when operating as part of a mixed force, the F-35 improves the overall performance of its fourth generation brethren.

Much of the success of the F-35 program is due to the leadership provided by Lieutenant General Christopher Bogdan, U.S. Air Force, the head of the Joint Program Office (JPO). It was General Bogdan who got the program pretty much on schedule and on cost. He successfully addressed a host of nagging problems from the state-of-the art helmet, the tail hook for the F-35C and software delays to an interminable test and evaluation process. The cost for each of the three variants is decreasing even though the number of aircraft being procured annually is far below an optimum production rate. Given what he and the JPO have accomplished, it would be a serious mistake to close down the shop now and farm the program out to the Services.

This story originally appeared in the Lexington Institute’s LexNext Blog