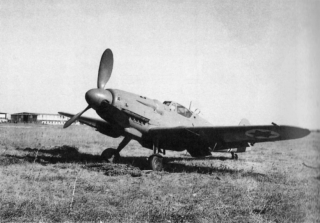 On June 8, American Machal Gideon Lichtman and Alon engaged their Messrsagainst four Egyptian Spitfires on a bombing mission in an ironic rematch for the two types that had battled over England eight years earlier. Lichtman’s guns shot one of them down.