How One Cheap Submarine from Sweden 'Sank' the U.S. Navy in 'Battle' 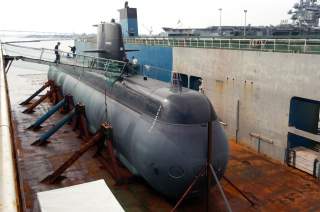 How was the Gotland able to evade the Reagan’s elaborate antisubmarine defenses involving multiple ships and aircraft employing a multitude of sensors? And even more importantly, how was a relatively cheap submarine costing around $100 million—roughly the cost of a single F-35 stealth fighter today—able to accomplish that?

This article originally ran in November of 2016.