How a Rocket Explosion Nearly Consumed a Nuclear-Powered Aircraft Carrier 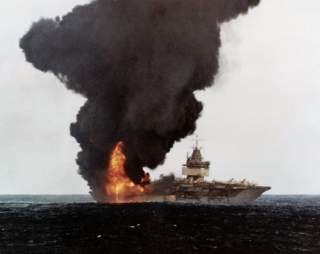