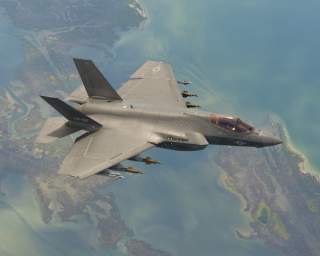 The U.S. Marine Corps has received the first two old F/A-18 Hornet fighters that Boeing is pulling out the U.S. military’s retired-warplane storage facility in Arizona and refurbishing for continued service.

Under a contract the U.S. Navy signed with Boeing in 2014, the Chicago plane-maker is “reconstituting” 30 first-generation F/A-18s that have been sitting for years in open desert storage at Davis-Monthan Air Force Base near Tucson.

This is not the first time the military has brought back decommissioned aircraft from Davis-Monthan. Perhaps most famously, during the height of the war in Iraq, the Marine Corps pulled several retired CH-53E heavylift helicopters from the desert and restored them to help alleviate shortfalls in the CH-53E fleet resulting from crashes and heavy use in the Middle East.

But the reconstitution of old Hornets reflects an arguably more serious crisis for Marine aviation. In the late 1990s, the Marines chose not to adopt the second-generation F/A-18E/F Super Hornet that the Navy was developing as a bridge from older planes to the stealthy F-35 Joint Strike Fighter, which at the time was scheduled to begin entering front-line service as early as 2006.

Reasoning that they couldn’t afford the Super Hornet and the JSF, the Marines decided to operate their existing F/A-18s, AV-8B Harriers and EA-6B Prowlers without replacement until the F-35 was ready. In short, the Marines bet their whole tactical aviation future on the JSF.

It was a bad bet. Design, management and quality-control problems delayed the F-35’s service debut by nearly a decade, forcing older planes to serve even longer than the Marines had planned. Moreover, the JSF’s problems added tens of millions of dollars to the cost of each JSF, compelling the military to cut maintenance funds in order to avoid huge spikes in overall budgets.

“The cost of extending the lives of current fighter aircraft and acquiring other major weapon systems, while continuing to produce and field new F-35 aircraft, poses significant affordability risks in a period of austere defense budgets,” the Government Accountability Office warned in March 2016.

The combination of longer service lives and less maintenance resulted in a perfect storm for the Marines’ tactical air fleet. In April 2016, Lt. Gen. Jon Davis — the Marines’ deputy commandant for aviation — told the U.S. Senate that just 87 of the Corps’ 276 Hornets were flightworthy — a mere 32 percent.

The Marines say they need 58 percent of the F/A-18s to be ready for flight in order to have enough planes for combat operations, basic flight instruction and day-to-day training at the squadron level. After assigning 40 Hornets to combat deployments and 30 of the twin-engine, twin-tail fighters to the dedicated training squadron, the Corps discovered it had just 17 F/A-18s available for squadron-level training at eight units.

Clearly, that’s not enough. “I am concerned with our current readiness rates, both in equipment and personnel,” Davis wrote in the Marines’ most recent annual report on its aviation capabilities.

Hence the effort to pull old Hornets from the boneyard. Boeing selects the airframes and ships them to its facility at Cecil Field in Florida, where its engineers repair them, boosting their service lives from 6,000 hours to 8,000 — adequate for at least another 10 years of moderate use. Boeing also upgrades the old fighters to the F/A-18C+ standard, with new cockpit displays, radar enhancements and the Link-16 datalink.

“They’re expecting a combat-capable aircraft on delivery,” Bill Maxwell, a Boeing manager at Cecil Field, said of the Marines. Boeing said it expects to have delivered a total of six reconstituted Hornets by September 2016.