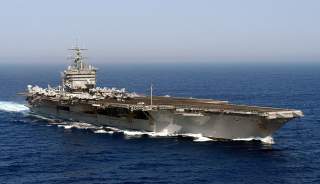 The USS Enterprise, hull number CVN-65, was officially decommissioned earlier this month, which means it is no longer officially on the Navy’s register (the ship was actually transferred to inactive status in 2012, when preparations began to dispose of its nuclear reactor).