If Abu Bakr al-Baghdadi Is Dead: Could This Be the End of ISIS? 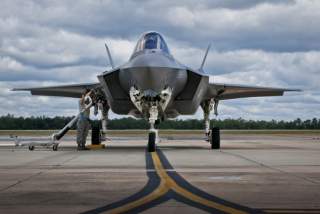 Numerous news outlets have reported that the U.S.-led coalition operating in Iraq and Syria may have injured or killed the overall leader of ISIS, Abu Bakr al-Baghdadi in an air strike near Mosul. If this is true, it is welcome news, but it will not signal the end of the movement. Instead, this is a significant part of the overall military strategy to apply broad pressure to ISIS and halt its momentum. Over the long run, stopping ISIS will require alleviating the underlying conditions that drive violence and gave rise to the movement in the first place. While the outside world can help create the necessary conditions, only repudiation by the local population will kill ISIS.

The best research on the subject shows that attacking individual enemy leaders is very difficult to do and often requires an intense intelligence-gathering effort combined with good luck. Moreover, while successful attacks can weaken a terrorist organization—sometimes dramatically—this approach is not a panacea; a broader strategy is still necessary.

With history as our guide, we should expect the following regarding ISIS and al-Baghdadi:

1.  The loss of leaders will weaken ISIS:

Leadership is essential for successful military organizations and solid leadership has been a major factor in the impressive rise of ISIS. There have been reports that several leaders were injured or killed in the attack, including subordinate leaders that take broad guidance and put it into action. The loss of mid-level leaders can be even more devastating to an organization than the loss of the top leader, as the ability to translate between strategic guidance and tactical action is both difficult and necessary for success. If it has lost these leaders, ISIS will be hurting for a while.

2.  But don’t expect ISIS to crumble:

Attacking an enemy leader rarely brings down the organization. It is more likely that a group like ISIS will find replacement leaders and reinvent itself. Indeed, this is what happened with Al-Qaeda in Iraq (AQI) after the United States killed its leader, Abu Musab al-Zarqawi, in 2006. While this hurt AQI in the short run, the organization eventually reinvented itself under al-Baghdadi and became ISIS.

3. Now is the time to apply maximum pressure:

Leadership attacks work best as part of a strategy that applies broad pressure to an organization. For anti-ISIS operations, this includes attacking ISIS forces, supply lines, recruitment, sources of income, bases, training camps, headquarters, infrastructure, and command and control networks. Organizations will often begin to crack under the strain of  intense and constant pressure, exposing weaknesses that agile militaries can exploit. Sustained pressure may weaken ISIS sufficiently to buy time for local and regional leaders to address the underlying conditions that initially gave rise to the group.

4. The defeat of ISIS requires the population to reject it as a movement:

The only way that ISIS dies is for its constituency to reject it as a legitimate organization. This will require mitigating the factors that ISIS exploited to gain power in the first place. While there are things that the United States can do to help create the conditions for this to happen, including encouragement of a more conciliatory approach to governing in Baghdad, the ultimate solution has to come from the people themselves as they reject the bankrupt approach of ISIS in favor of a more promising future.

This appears courtesy of CFR’s blog Defense in Depth.