If France Kept Fighting: How World War II Might Have Gone Very Differently 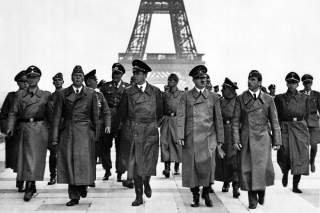