If Scotland Bolts: What Happens to the UK’s Security Council Seat? 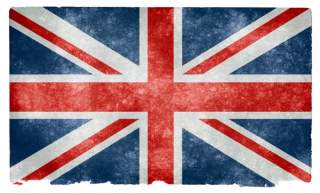 As Scotland approaches its independence referendum on Thursday, desperate unionists are groping to bolster the “No thanks” cause. There is no shortage of compelling reasons to stick together. But one claim being advanced is truly far-fetched: that Scottish secession endangers the United Kingdom’s permanent seat on the United Nations Security Council (UNSC). Last week former British Prime Minister John Major alleged as much, warning, “We would lose our seat at the top table in the UN.” This ignores geopolitical realities and historical precedents.

The fear-mongers have concocted the following story: The UN Charter has no provisions for succession to UNSC permanent seats, and this legal void provides a potential opening for diplomatic chaos that spoilers and troublemakers may fill. The UK achieved its permanent seat in 1945 as the United Kingdom of Great Britain (England, Scotland, and Wales) and Northern Ireland. Its dissolution will result in two successor states, the rump UK and Scotland, neither of which—or, alternatively, either of which—is eligible to claim that seat. The result will be political turmoil and jockeying, perhaps spurred by Russia or China, over which country should occupy the UNSC’s permanent fifth seat. The diplomatic crisis will also embolden major emerging powers like India and Brazil, and perhaps longtime aspirants such as Germany and Japan, to stake renewed claims.

This is not going to happen. The near-certain outcome, if the Scots unwisely choose to go it alone, is that the authorities in Edinburgh will immediately recognize the UK government’s UNSC claim. A newly independent but closely integrated Scotland has everything to lose and nothing to gain by disputing the UK’s permanent seat. (Nationalism may be “political romanticism,” in Isaiah Berlin’s words, but even the most starry-eyed Scots understand that a country of fewer than six million has no permanent slot on the UNSC). Perhaps more surprisingly, the attitude of the remaining permanent four UNSC members will be identical: they will quickly recognize the rump United Kingdom as the state entitled to permanent membership.

These decisions would be consistent both with historical precedent and the national interests of other Security Council members. When the Soviet Union dissolved in 1991, the Commonwealth of Independent States (comprising the states that broke away from the Soviet Union) endorsed the Russian Federation’s claim to the permanent UNSC seat. Russian President Boris Yeltsin transmitted a letter to this effect to the UN secretary-general, who shared it with the broader UN membership. He received no objections, as UN members sought to avoid a UN constitutional crisis. The other permanent members quickly recognized the Russian Federation as the successor state on the Security Council. All this occurred even though the Russian Federation’s population (149 million) was 48 percent smaller than the Soviet Union’s (285 million). Russia also became the only former Soviet Union nation to earn recognition as a nuclear weapon state. Belarus, Kazakhstan, and Ukraine all proceeded to eliminate their arsenals.

In proportional terms, Scotland’s departure from the UK would represent far less of a demographic and economic hit, reducing its population by 8 percent, from 64 to 58.7 million, and its GDP by approximately the same percentage. The two successor governments would have little difficulty negotiating new arrangements allowing the rump UK to retain control over its nuclear arsenals parked on Scottish soil, as well as military bases there.

The disintegration of the Soviet Union may be the most obvious historical precedent, but it is not the only one. Across the Channel, France provides another—albeit more violent—example, in the case of French Algeria. Unlike the majority of French imperial acquisitions, Algeria was no mere colony. After 1848, Algeria was constitutionally part of metropolitan France, administered as a French département. After a bloody civil war, the government of President Charles de Gaulle eventually agreed to independence in the Evian Accords, confirmed in an Algerian referendum of July 1962. Although this departure significantly reduced the territory of “France,” it had no impact on France’s status as one of the five permanent UNSC members.

So the past is the prologue. Unless, some argue, the other P5 members want to kick out the UK? Washington and Paris, obviously, will be solidly in London’s camp, anxious to (re)consolidate the Western triumvirate on the UNSC. But why wouldn’t Vladimir Putin, angered at Western “meddling” in Ukraine, seek to flex his muscles by opening up the question of UNSC membership? Might China, too, seize the moment to shift the balance of forces on the Council away from the West?

No. Neither Russia nor China will do anything of the sort. Russia is as much a declining as a rising power, given its dismal long-term demographic, economic, technological, and military prospects. A permanent seat on the UNSC, along with the world’s largest nuclear arsenal, are its two central claims to great power status. Moscow has zero incentive to open up the Pandora’s box of permanent membership, and it has been most vocal among the P5 in opposing various recent proposals for UNSC enlargement. Beijing has been content to hide behind Russia’s position. At a rhetorical level, China claims to favor an expanded UNSC, but only in its “elected” (as opposed to permanent) membership. Beijing adamantly opposes the permanent membership candidacies of both Japan and India (its ostensible BRICS partner).

The upshot? The rump UK might face some diplomatic complications. But it is unlikely to find its permanent UNSC seat in jeopardy.

During its first term, the Obama administration declared itself open in principle to limited UNSC enlargement, including additional permanent members. But despite a flurry of diplomatic excitement in 2010 (including an oblique endorsement of India’s eventual membership), the White House has done zero to follow up on this diplomatic tease. And it is not about to do so now, at the expense of its closest ally. Indeed, a “yes” vote for Scotland’s independence would doom any prospects, however remote, of U.S. leadership on UNSC membership reform.

This is understandable. But in a larger sense, it is also unfortunate. With each passing year, the composition of the UNSC, particularly its permanent membership, diverges further from the global distribution of power. With no periodic reset to accommodate rising nationsprepared to contribute to international peace and security, and with some current members (notably Russia) devoting themselves to obstruction, the perceived legitimacy and practical efficacy of the UNSC will decline, and dissatisfied nations may increasingly ignore or bypass it in pursuing national security interests.

But this is a struggle for another day, when minds are not so focused on long-ago battles from Bannockburn to Culloden Moor.

This article first appeared in The Internationalist blog on the Council on Foreign Relations website here.