If the U.S. Navy Wants to Win a War Against China They Need to Watch Star Trek First 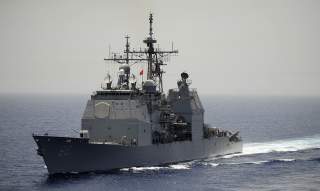