How to Deter NATO's Greatest Fear: A Russian Invasion of the Baltic States 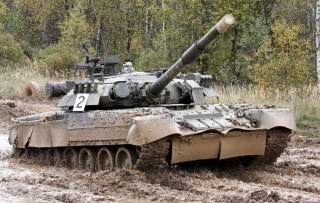 In a rare and courageous step, the government of Lithuania recently issued a guide on how its citizens can resist a potential Russian invasion and occupation – by force of arms if need be. Given the disparity of conventional military forces between Russia and the three Baltic states, as well as Russia’s geographic advantage in the region, this is a measure that makes eminent sense. It is worthy of moral and practical support from the United States and other NATO allies.

Lithuania hopes to deter aggression by making it clear to a potential attacker that even if an invasion should initially succeed the fight would be far from over, and thus loss of territory will not mean loss of the war. But preparing for resistance is not the only defensive measure Lithuania is taking to maintain the peace. Resistance is a key element of the “Total Defense” strategy which all three Baltic states have been pursuing to varying degrees in recent years, spurred on by Russian aggression in Crimea, eastern Ukraine, and elsewhere.

Total Defense involves the entire society, from the government to the private sector to individual citizens. Citizen involvement has been a vital part of Lithuanian thinking on national defense, and it is embedded in its Constitution, National Security Strategy and 2016 Military Strategy. Total Defense aims to make it harder for a potential aggressor to destabilize a country in the run-up to an attack, and, should this and other elements of deterrence fail to prevent an invasion, to make the country “indigestible” for any occupying force.  Estonia has long had a similar defense concept, and the Latvian government is committed to strengthening its National Guard and urging all citizens to play an active role in resisting any aggression.

Baltic history is rich with examples of resistance, from the “Forest Brothers” partisans who heroically fought first Nazi, then Soviet occupiers during and after World War II, to the peaceful “singing revolution” that led to Baltic independence from the collapsing Soviet Union in 1991. However, the history of the Forest Brothers, who were ultimately wiped out by the KGB and its predecessors after several years of valiant fighting, also shows that popular resistance against a ruthless occupying force may not be enough to liberate a country. Resistance can delay an invasion, demonstrate that the country under attack remains a sovereign entity even under occupation, help rally international support and impose a heavy toll on the occupation forces, but assistance from outside will ultimately be needed to force out an entrenched occupier.

For example, the French resistance in World War II was most successful when its actions were coordinated with the Allied powers. Swiss plans for “total resistance” throughout the Cold War were based on the expectation of help from the West. Thus, in case of Russian invasion, Baltic resistance forces would have to be ready to synchronize their activities with NATO and NATO forces would have to take the Baltic resistance into account during their campaign of liberation.

Lithuania has also taken measures to strengthen its military and has one of the fastest growing defense budgets in the alliance. It is acquiring new weapons and equipment, restoring conscription, increasing training for National Guard forces, integrating organizations like the National Defence Volunteer Forces and the Riflemen’s Union into defense planning and authorizing military commanders at all levels to take immediate independent action in case communications channels are severed at the onset of an attack.

To foster civil defense, Lithuania has previously published a booklet on how to “Prepare to Survive Emergencies and War,” and has been establishing protective shelters throughout the country. Furthermore, at the NATO Summit in Warsaw in July, Lithuanian leaders joined those from other member nations in highlighting civil preparedness as a central pillar of resilience and a critical enabler of collective defense. While civil preparedness is a national responsibility, the leaders reaffirmed that NATO can help member countries assess and enhance their capabilities in the areas of continuity of government and essential services, security of critical civilian infrastructure and support to military forces with civilian means.

Finally, energy independence is critical to national resilience and to a strong economy. Lithuania’s opening of a Liquefied Natural Gas terminal at its port of Klaipeda, as well as ongoing efforts to tie the country into the European power grid, are steps in that direction. One of the most important related factors, however, is not material, but psychological: the willingness of a country’s population to resist. Here, the Baltic states are in a good position already, with surveys showing that hundreds of thousands of Lithuanians, Latvians and Estonians would be ready to put their lives on the line and actively defend their country and their freedom in case of attack. Furthermore, given the many opportunities for nonviolent resistance, ranging from civil disobedience, to intelligence gathering, to providing resistance fighters with supplies, even those who cannot or will not take up arms can do their part.

Lithuania, Estonia, and Latvia are pursuing effective measures to improve their defenses and resilience and thereby enhance deterrence against any aggression. The United States and other NATO governments can help by working closely with its Baltic allies and the European Union to synchronize related planning, provide equipment and training to future resisters as well as to civil society organizations, and support all-important strategic messaging. Resistance as a concept for national defense also needs to be incorporated into relevant wargames, in order to adapt it to the Baltic context, validate its effects, optimize its implementation and maximize its potential as an element of collective defense. Then, preparing to resist can indeed help secure a sustainable peace.

Jan Osburg is a senior engineer, Stephen J. Flanagan is a senior political scientist and Marta Kepe is an analyst at the nonprofit, nonpartisan RAND Corporation.