India and Pakistan: The Dangerous Drift Towards Militarization 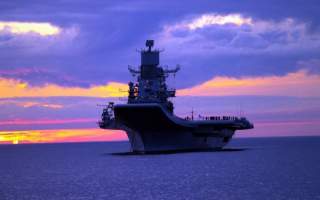 On September 18th terrorists came across the border from Pakistan, attacked a fortified army base in Indian Kashmir and killed 19 soldiers. While the dilemma India confronts in deciding how to respond hasn’t changed substantially since the Mumbai attacks in November 2009, the political cost of inaction with each new attack is higher for the Hindu nationalist party. After the 2009 attacks, I listed six changing India–Pakistan equations; five remain relevant.

First, the balance between military response and inaction is shifting towards the former. With each fresh terrorist outrage, the clamor for disproportionate punitive military strikes—‘a jaw for a tooth’—grows stronger.

Speaking in Kozhikode, Kerala on 24 September, PM Narendra Modi effectively reaffirmed India’s policy of strategic restraint. Addressing the people of Pakistan over their rulers’ heads, he simultaneously sent a strong message to Hindu hotheads itching for war: patience has paid big dividends. Instead of internationalizing the Kashmir dispute, terrorist attacks point the finger of criminality at Pakistan. India grows stronger while Pakistan is increasingly isolated internationally.

Modi reminded listeners that in almost all acts of international terrorism, perpetrators either come from Pakistan or, like Osama bin Laden, settle there afterwards. He called on Pakistanis to ask their government why Pakistan exports terror, while India exports software. He challenged Pakistan to compete with India in the wars on poverty, illiteracy, infant mortality and unemployment. India’s hyper-jingoistic media and hardline nationalists were unimpressed. Modi’s bluster increasingly fails to appease the thirst for military vengeance and the policy of strategic restraint is damned as a cover for cowardice.

Second, India no longer has a critical interest in a stable Pakistan, which is part of the reason some are demanding a robust military response. As much as we’d prefer otherwise, the storylines of the two countries have diverged to such a pronounced degree over the last two decades that in public perception, India’s prosperity and security can withstand Pakistan’s implosion.

Born amidst the mass killings of partition in 1947, Pakistan has rarely escaped the cycle of violence, volatility and bloodshed. It lies at the intersection of Islamic jihadism, international terrorism, nuclear proliferation and the struggle for supremacy between democratic and military leaders. Previously India’s choice seemed to be between an intolerable status quo and the nightmare of a militantly Islamic, 180-million strong, nuclear-armed failed state at the strategic cross-roads of South Asia, Central Asia and the Middle East. As Pakistan morphed into the world’s terror central, the choice has clarified and the incentive structure has steadily shifted away from a vital Indian interest in Pakistan’s viability.

Third, Islamabad’s record of double dealing, deceit and denial of Pakistan-based attacks has rested on four degrees of separation between the government, army, ISI (Inter-Services Intelligence directorate), and terrorists. By now the line separating them has become so fine as to be invisible. Crucially for India’s diplomacy, Western powers experienced the same syndrome in Afghanistan and have become far more India-sympathetic in consequence.

Fourth, to escape from the dilemma, Pakistan’s military must be brought under full civilian control and the ‘deep state’s’ links to the Islamist militants—including those directed against India and nurtured as such by the military-intelligence complex—must be severed. Besides, Pakistan’s terror toll from home-based jihadists has climbed much higher than India’s: it produces more terrorism than can safely be exported.

Fifth, if the establishment of civilian supremacy over Pakistan’s military–intelligence services proves impossible, India will have to acquire the military capacity and political will to destroy the human and material infrastructure of terrorism in Pakistan. On the one hand, recent incidents and allegations by Pakistan would suggest that India has indeed stepped up covert actions in Pakistan’s own troubled regions. On the other hand, it’s now clear that India has failed to invest in building full-spectrum capabilities to launch overt strikes and clandestine operations.

For success in such a strategy, India must acquire escalation dominance: the enemy should know that any escalation from the limited strikes will bring even heavier punitive costs from a superior military force at progressively higher levels of intensity.

To the extent that terrorism is used by Pakistan as a continuation of war by safer and less costly means, India has to fashion a robust response within a clear and hard-nosed strategy of turning terrorism back into warfare that imposes heavier penalties and damage. To walk away from any military option whatsoever in perpetuity is to give free rein to Pakistan to engage in serial provocations as a low-cost, moderate-value, long-term strategy.

But equally, India has proven it lacks the wit to resolve the Kashmir dispute through diplomatic negotiations and its long history of brutal rule has alienated large sections of the province’s population. Inflammatory statements by Hindu hardliners have added palpably to the sense of insecurity of Muslims and other religious minorities, which in turn is ground fertile for exploitation by domestic and external mischief makers.

Narendra Modi needs to exercise bold, firm and decisive leadership in both domestic and foreign policy to defuse the crisis, deter and defeat future terrorist attacks, and resolve the festering Kashmir dispute.