India is Reevaluating its Foreign Policy and the U.S. Can’t Get Left Behind 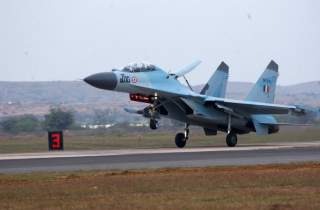 Regardless of the outcome of November’s U.S. presidential election, the United States is poised to continue its reengagement in the Asia-Pacific region to counter China’s growing military might and increased belligerency. While Beijing’s brinksmanship in the South and East China Seas and bullying behavior toward U.S. partners like the Philippines, Japan, Australia, and Singapore have most occupied Washington policymakers, there is another important but underused arrow available in the U.S. quiver to fully implement the much-heralded “rebalance” to Asia.

The case for further U.S. strategic and military cooperation with India is clear, and largely grasped by policymakers in Washington and Delhi. As the world’s two largest democracies, both confronting Chinese aggression and threats against key national interests, India and the U.S. have tremendous room for partnership. Under Prime Minister Narendra Modi, Delhi’s strategic culture has begun to slowly shift from the nonalignment of the Cold War to a more forward-looking global perspective. If not yet able to fully embrace Washington, the Modi government is beginning to realign Delhi’s hidebound foreign and defense policies in ways that will have a profound impact on the Indo-Pacific region.

The willingness of the Indian public and politicians to think proactively about defense and foreign policy questions has been greatly strengthened by the recent spate of Islamist terrorist attacks against Indian civilian and military targets. India responded by launching a successful raid across the highly-sensitive Line of Control (LoC) in Kashmir targeting militant groups, a strike that was highly popular across the Indian political spectrum. The sense that Pakistan is unable or unwilling to curb the support of elements within the Pakistani state for these increasingly brazen attacks inside India is likely to harden the belief, especially across the growing Indian urban middle-class, that the country must be willing to assert itself on the world-stage.

Washington has been relatively adept at responding constructively to India’s LoC incursion, urging Delhi and Islamabad to work together to resolve long-running disputes but pointedly refusing to criticize the Indian operation. This calculation sent the right signal to both the Indian elite and public, many of whom remain wary of Washington from the Cold War-era and can be swayed by leftist agitation against American “imperialism” anytime the two democracies are out of sync. At least in this instance, the Obama Administration seems to understand that the larger issue is India’s long-term alignment in the Indo-Pacific and not the specifics of the recent LoC operation.

That long-term alignment, rooted in shared values, is also animated by a mutual appreciation of China’s challenge to both country’s security interests and the stability of the broader Indo-Pacific. Beijing has made clear its interest in projecting naval power farther into the Indian Ocean, and its strategic acquisition of key port facilities in Sri Lanka, Pakistan, and Bangladesh has left the Indian defense establishment increasingly wary. With Chinese doctrine clearly focused on controlling, or at least influencing, the sea-lanes leading from the Middle East, India’s traditional sphere of influence in the Indian Ocean will increasingly factor into Chinese strategic calculations.

Then there is Pakistan. China’s complex relationship with Islamabad, based significantly on a desire to occupy India’s attention on its western frontier, will only deepen as U.S. focus shifts away from Afghanistan and Southwest Asia, leaving Pakistan in search of another patron. China’s grandiose claims regarding the disputed territory of Arunachal Pradesh have been negatively received in the Indian press, as have the continuous political and diplomatic assaults on the Dalai Lama, who resides in northern India. As India becomes increasingly prosperous and confident, these examples of Chinese hubris will not just antagonize the voting public but also embolden the decision-making elite to more openly embrace Washington.

The next American President must be ready to welcome the Indians with open-arms into the U.S. rebalance. To begin with, the American foreign policy establishment should begin referring to the “Indo-Pacific” with greater regularity. This is not only an accurate description of the map on which the United States and China will be competing, it is also an important rhetorical recognition of India’s strategic importance.

More tangibly, the next Administration can work with Congress to reform the antiquated export control regime that is limiting defense cooperation between Washington and Delhi. For example, these rules are preventing Washington from selling India the armed version of the Predator drone, despite having already provided India the unarmed version. Similar restrictions are hampering technology transfers and defense cooperation across the board, particularly in the naval and aerospace domains, and need to be revised. The U.S. has long castigated India for its byzantine bureaucracy; it is time the U.S. fixed its own paperwork deficiencies to strengthen this relationship.

As the elites in both countries come to see each other as natural allies against China’s aggressive ambitions, India and the United States will find increasing opportunities for cooperation. It is imperative that the next U.S. administration have a serious plan to embrace India’s coming strategic shift and prepare to work aggressively to demolish the entrenched obstacles in Washington to further U.S.-India cooperation. Working together, the United States and India can help shape the broader region in a positive, peaceful, and prosperous direction for decades to come.

Puneet Ahluwalia is a consultant at The Livingston Group and a member of the Virginia Republican Party’s State Central Committee. Alexander B. Gray formerly served as Senior Advisor to a Member of the Armed Services Committee of the U.S. House of Representatives.