Indonesia: One of the Least Safe Air Markets in the World 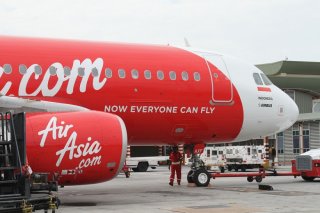 The crash of AirAsia Flight 8501, though tragic, was not an enormous surprise to anyone who follows aviation in Indonesia, or who has flown repeatedly in Indonesia. This is not to say that AirAsia has a poor safety record; the airline had never had a fatal accident prior to this one, and AirAsia management has responded admirably to the crash. Senior management, including AirAsia CEO Tony Fernandes, have reached out to families of the survivors, trying to keep them updated about information on the search and rescue operations and personally consoling relatives of people who were on Flight 8501.

But anyone who knows aviation in Indonesia knows that the country has a horrific record for airplane accidents and that Indonesia has weaker safety protocols regarding aviation than other middle-income countries. Indonesia’s air safety record is more analogous to that of desperately poor and war-torn countries like Yemen, Somalia, or Afghanistan than to air safety in neighboring nations like Thailand, Singapore, or the Philippines. Multiple Indonesian airlines, like the terrible Adam Air, have closed their doors in recent years after suffering numerous accidents. The European Union and the United States have banned many Indonesian airlines from flying into their home markets, while the International Air Transport Association (IATA) has refused to allow Lion Air, Indonesia’s fastest-growing low-cost carrier, to join, because of Lion Air safety record. The International Civil Aviation Organization, a UN agency, ranks Indonesia as one of the least safe air markets in the world.

Indonesia is one of the fastest-growing aviation markets in Asia, due to its expanding middle class, the result of more than a decade of solid growth, and its vast territory. Flying in Indonesia, though not safe enough, is still safer than taking one of the rickety inter-island ferries, which have some of the worst marine safety records in the world.

Still, just being safer than Indonesia’s horrendous ferries is not a high bar. The Indonesian government needs to take concrete steps to improve aviation safety if it hopes to reassure Indonesians to continue flying within the country, to boost tourism arrivals, and to attract a significant increase in foreign investment. (After all, foreign investors need to travel around the country, and they aren’t going to be taking ferries.) For one, Jakarta needs to implement legislation that will help boost pay for airport managers, air traffic controllers, and aircraft safety inspectors. Low pay attracts mediocre talent, and increases the possibility that airlines could bribe managers, controllers, and inspectors. Recent reports on CNN suggest that AirAsia did not have a license to fly the Surabaya-Singapore route on Sunday, the day of the week that Flight 8501 crashed. According to CNN, “[Indonesian] Transport Minister Ignatious Jonan described the airline’s breach [flying on Sunday] as a ‘serious violation.’ ‘How could they fly? Who would they have to approach to be able to make that flight. It would have to be the airport management or lobby air traffic control,’” CNN reported the transport minister as saying.

In addition, Jakarta should take steps to ensure that pilots operating in Indonesia are better-informed, better-trained, and working on adequate rest. Indonesia this week already took a positive first step by mandating that all pilots attend briefings before takeoff with flight operating officers – the briefings will discuss the weather, the route, and other issues.

But the government can take many other steps to improve the quality of pilots operating in Indonesia. Low-cost carriers in Indonesia have become notorious for overworking their pilots, which may be one reason why several of Lion Air’s pilots have been caught with methamphetamines the past three years. (Methamphetamines help you stay awake.) Jakarta needs to implement and enforce stricter regulations on the amount of hours pilots can work per week, and to increase enforcement of random drug and alcohol testing for pilots. In addition, Jakarta needs to make pilot licensing more rigorous and more standardized.

According to numerous estimates, within two decades Indonesia will be one of the ten largest aviation markets in the world, in terms of flights flown per day. These estimates, however, assume that Indonesian aviation will be safe enough that growing numbers of travelers will feel comfortable aboard Indonesian domestic airlines. That’s hardly a given.