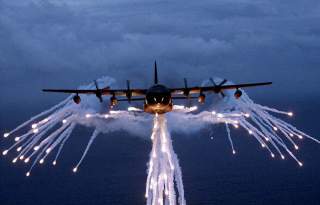 The Air Force remains vigilant about its C-130 fleet to ensure the airframes, wingboxes, avionics and communication systems remain safe and operational well into the 2030s and beyond. This is particularly true of the older 1980s-era C-130Hs, Air Force developers explained.

“The thing that causes the greatest risk to the airplane is the life of the wing. We monitor the wing of the aircraft and as the wings get past their service, life we bring the airplanes back in and bring in new structures -- with the primary focus being the center wingbox which is the area where the wings mount to the fuselage,”Col. Robert Toth, Chief of Tactical Aircraft, Special Operations and Combat Search and Rescue Division, told Scout Warrior in an interview several months ago.

AC-130 gunships make up a small portion of a fleet of roughly 500 C-130 planes throughout the Air Force and Special Operations Command, Toth explained.