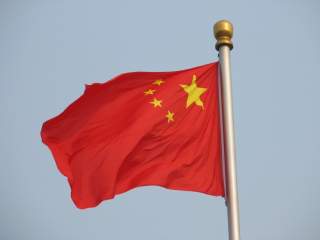 The China Internet Network Information Center (CNNIC) released its 2014 statistical report on Internet development in China, and here are some of the highlights:

-Numbers have risen across the board. By the end of June 2014, China has had 632 million Internet users, up 14.42 million from 2013. Internet penetration rate was 46.9 percent. China has had 527 million mobile Internet users, an increase of 26.99 million since last year. Students are the single largest population of users, accounting for 25 percent. The weekly average time spent online reached 25.9 hours (by contrast, the U.S. average was 20.4 hours a week in 2013).

-Mobile is the future in China. For the first time, the number of users accessing the web on a mobile device is greater than on a personal computer. Mobile Eats the World, a presentation by Benedict Evans of Andreesen Horowitz,  shows this as a global phenomenon. Reflecting this trend, payment applications were the fastest growing segment of the market in China.

-The rise of online financial instruments. The number of users of Internet financing or wealth management products grew to over 60 million in less than one year. These are funds like Yuebao that are only offered online, usually with no minimum deposit and transactions fees, providing access to small investors. Yuebao is part of the Alibaba empire. Users of Alipay, an online payment system, can invest into Yuebao, which provides better return than the 3 percent found at state-owned banks and is mobile-friendly. By the middle of 2014, Yuebao had $90 billion in assets.

(What You May Also Like: The Great Debate: U.S.-Chinese Relations and the Future of Asia)

-Digital divide. There were 178 million rural Internet users, 28.2 percent of the total in China. Or put another way, approximately 450 million people in rural areas are not using the Internet. There is also a growing divide between available broadband speeds in urban and rural areas. Among those who do have fixed broadband access in China, only 18 percent in poorer central and western provinces enjoy speeds of 8 megabits per second or more,compared to 36 percent in the wealthier eastern provinces.

-The decline of Weibo and other social networking sites. The number of microblog users in China was 275 million, decreasing by 5.43 million compared with that at the end of 2013. Utilization rates stayed the same, as users switched to social applications and instant messaging tools like WeChat. This supports reporting that the crackdown on social media has bolstered the shift from more public to more private forms of communications.

The report, which also has some interesting details on online commerce, gaming, and videos, should be read in parallel with this great post by David Bandurski on the ideas of Lu Wei, China’s Internet czar. Much of the discussion focuses on the balance among control, development, and security the Chinese Communist Party tries to achieve domestically, but Bandurski also notes that China is becoming more assertive about its right to define international norms of behavior in cyberspace. A new platform for this will be the World Internet Conference in Wuzhen, but the most likely source of  influence be size. Or as Bandurski explains, “China, in other words, wants the influence over global Internet-related decision making that its sheer size warrants.” The CNNIC report gives a sense of that size, and how the size, and perhaps influence, will increase over time.