Iowa-Class Battleship: The Warship the Navy Wishes It Could Bring Back from the Dead 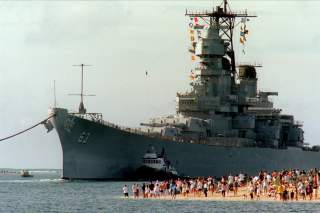