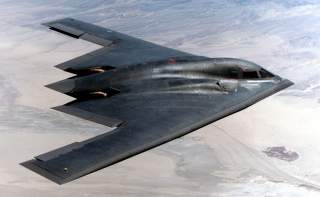 President Donald Trump has put Iran “on notice” for testing a new ballistic missile in a tweet he posted earlier this morning. Earlier this week on Sunday, Tehran test fired what is thought to be a Khorramshahr medium-range ballistic missile from Semnan. The weapon apparently exploded after flying 600 miles according to Fox News.

“Iran has been formally PUT ON NOTICE for firing a ballistic missile,” Trump tweeted on Feb. 2. “Should have been thankful for the terrible deal the U.S. made with them!”

Trump’s tweet echoes similar sentiments expressed by his national security advisor Mike Flynn. It is not exactly clear what the Trump administration plans to do in response or what being put “on notice” means precisely, but experts noted that it is highly unusual for a U.S. president to make such a proclamation on social media.

But what kind of missile is the Khorramshahr? And how much of a danger does it pose to the United States and its allies? The answer is that, right now, Iran does not have a nuclear weapon, thus the danger comes primarily comes from conventional warheads.

“They don't have a nuke,” Jeffrey Lewis, Director of the East Asia Nonproliferation Program at the James Martin Center for Nonproliferation Studies at the Middlebury Institute of International Studies at Monterey told me. “If they did, it would be compact enough for a Musudan.”

The Khorramshahr is likely a derivative of the North Korean Musudan missile. “That missile name has been used exactly once, by the Defense Minister if I recall correctly.  He provides no details in September but said the missile would enter production in March. Now, another (presumably different) official told Reuters that the missile was the same type as Iran tested in July. What did Iran test in July?” Lewis said. “At the time, an official told Fox that it was a BM-25, which is the export name that North Korea gave the variant of the Musudan that it sold to Iran. So. If everyone is right—and let's keep in mind that humans are frail things—then the Khorramshahr is a variant of the Musudan family.”

Assuming that Lewis is correct, if Iran possessed a compact nuclear weapon, a Musudan variant could be armed with such a warhead. “All missiles are nuclear capable. The only question is can you make the bomb small enough,” Lewis said. “In this case, no question. The U.S. IC [intelligence community] estimated the range of the Musudan at 4000 km with a 500 kg payload. Now, the version sold to Iran had a 2500 km range. That's the 25 in BM-25. But the Iranians might be testing an Iranian variant. So 2500 km is not certain. However, the Soviet and North Korean versions are both nuclear-armed—or will be in the North Korea case.”

Lewis said it is important to note that North Korean and potential future Iranian nuclear bombs should be referred to as “compact” rather than “miniaturized” weapons.

But in this case, the threat from the Khorramshahr/Masudan is relatively limited for the time being since Iran does not have nuclear weapons. If Tehran does eventually develop a nuke, then it would become a more serious problem—if and when that occurs.