Iraq is Exploding: What Should America do? 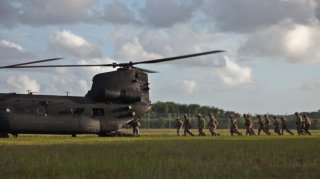 Iraq is back in the headlines and that is not good news.  Recent events vividly call to mind JFK’s comment that domestic policy mistakes can be costly but foreign policy mistakes get people killed.  Foreign policy problems have another enduring characteristic – they are often very complex.  The political leader who does not respect that complexity is asking for trouble.

Consider what the White House (and the rest of America) is now up against in Iraq.  The previous Administration launched a military invasion and occupation of that country in the wake of the 9-11 attacks – attacks that had nothing to do with Iraq.  The architects of that decision, notably President Bush, Vice-President Cheney and a small group of senior civilians in the Pentagon, lacked a deep and nuanced understanding of the nature of Iraqi society and its ancient religious and tribal divisions.  What they knew was that the Saddam Hussein regime was brutal and repressive.  Therefore, one of the first things the American occupying forces did was disband and destroy the existing government and army of Iraq.  This removed the only force holding that deeply divided society together.  The result was a paroxysm of sectarian tribal warfare pitting Shia, Sunni, Kurds plus secularists and religious militants against one another in a general societal bloodletting.  With Pandora’s Box wide open, the US military was called upon to close it again.  This they did with a herculean and costly campaign to defeat both Shia militia armies and Sunni jihadist forces simultaneously.  Over 4,000 of America’s finest paid the ultimate price in that effort.

The Bush Administration had entered Iraq with a hopelessly naïve vision of recreating Iraq as an Arab paragon of democratic politics and multi-ethnic/multi-sectarian concord.  Nothing remotely like that had ever existed in Iraq’s modern history – but never mind that.  Once again, US soldiers and working level civilians were tasked to make it happen.  Once again, an extraordinary effort produced dramatic changes – on the surface.  A new Iraqi government was elected and a Shia-led coalition including Sunnis and Kurds took over.  Iraq, by the standards of its extremely violent recent past, had become a relatively peaceful place.  US advisors worked around the clock to train and equip the new Iraqi army before American forces formally departed the country at the end of 2011.  The Obama White House congratulated itself on bringing a good end to a bad business.

At that point US officials could legitimately hold their breath and hope for the best.  It was all very fragile but it just might hold together.  But to do so, two preconditions were vital: (1) the new government under Prime Minister Nuri-al-Maliki had to bend over backwards to demonstrate inclusiveness and win the cooperation of suspicious Sunnis and Kurds and (2) the surrounding neighborhood in the Middle East had to remain reasonably stable so the new government could focus on nation-building free of foreign threats.  Neither condition was met.  Maliki embarked on a deeply sectarian program that began with an attempt to arrest his Sunni Vice-President and then to purge the new Iraqi army of its senior Sunni (US-trained) officers.  Next door Syria blew up and in time generated large numbers of Sunni militants who entered Iraq and attacked government facilities and military outposts.  They have been widely welcomed by a Sunni population that sees Baghdad as alien and hostile.  The Iraqi army that American advisors worked so hard to build has collapsed like a deck of cards.  The majority Shia population centered in the capital and the south is now remobilizing the militias that fought US Marines in killing grounds like Fallujah.  The stage is fairly set for an all-out religious war.

Given all this, what can (or should) the US do now?  It goes without saying that there are no good options; the real question is whether there are any that are less than truly awful.  The Administration has apparently opted for a two-pronged approach.  First, send a few hundred military advisors to try and shore up the Iraqi army while considering the possibility of airstrikes against jihadist forces.  But there will be no commitment of US combat troops.  Second, exert heavy diplomatic pressure on Maliki to make his regime more inclusive (i.e. Sunni friendly).  That is Secretary of State Kerry’s current mission in Baghdad.  If Maliki can’t or won’t take the necessary political steps, the American message will be that he should step aside in favor of another leader who can and will.  There is a problem with this strategy; it almost certainly will not work.  The Iraqi army is too far gone for a few advisors to salvage.  Airstrikes will have little real effect except to turn Sunni anger toward the US as well as the Shia government.

Maliki has been pressed repeatedly on the issue of inclusiveness. He won’t do it; it’s not in his DNA.  The Shia regime in Tehran has declared its strong support for Maliki, which in effect takes the option of finding another leader off the table.

This leaves one other choice: stay out and let the Shia and Sunni have their war.  One concern is that the Sunni jihadists, if not defeated, will return to attacking the US.  But the jihadist’s real enemy is the Shia – and that should be enough to keep them fully occupied for the foreseeable future.  As for Iraq, at some point exhaustion and death will produce a semblance of peace.  Whether the Iraqi state will survive is anyone’s guess.  In any case, the legacy of America’s presence in Iraq will disappear like water in the sand.