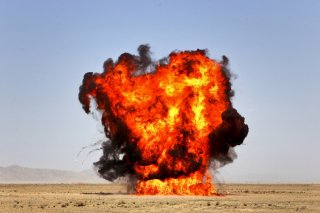 Since ISIS came to the attention of the West in early 2014, several books and a number of investigative journalism pieces have illuminated the group's origins, structure and motivation. But this new report by Der Spiegel is particularly interesting because the paper has published pieces of the group's original organizational plans and material.

The collection of documents — outlines of the organization’s hierarchy, campaign plans and strategic communiques — were written by Samir Abd Muhammad 'Haji Bakr' al-Khlifawi, a former military intelligence officer in the air force of Saddam Hussein. It appears that the nationalist Haji Bakr, who was killed in early 2014, was the author of much of the Islamic State's current structure and operations.

One of the more interesting things the documents reveal is how ISIS has used spies, intelligence and blackmail to manufacture a police state in the territory it controls:

The spies were to find out as much as possible about the target towns: Who lived there, who was in charge, which families were religious, which Islamic school of religious jurisprudence they belonged to, how many mosques there were, who the imam was, how many wives and children he had and how old they were. Other details included what the imam's sermons were like, whether he was more open to the Sufi, or mystical variant of Islam, whether he sided with the opposition or the regime, and what his position was on jihad. Bakr also wanted answers to questions like: Does the imam earn a salary? If so, who pays it? Who appoints him? Finally: How many people in the village are champions of democracy?

Haji Bakr also structured ISIS in a way that reflected the old Saddam regime he used to be a part of, with 'departments' having multiple overlapping areas of responsibility and oversight:

From the very beginning, the plan was to have the intelligence services operate in parallel, even at the provincial level. A general intelligence department reported to the "security emir" for a region, who was in charge of deputy-emirs for individual districts. A head of secret spy cells and an "intelligence service and information manager" for the district reported to each of these deputy-emirs. The spy cells at the local level reported to the district emir's deputy. The goal was to have everyone keeping an eye on everyone else.

Former members of the Saddam regime and the Ba'ath Party were already known to be involved with ISIS, but the Bakr documents reveal a deeper involvement than was previously understood. As Der Spiegel notes, and in what may be another result of the infamous decision by Paul Bremer to disband the Iraqi Army in 2003:

Bakr was "a nationalist, not an Islamist," says Iraqi journalist Hisham al-Hashimi, as he recalls the former career officer, who was stationed with Hashimi's cousin at the Habbaniya Air Base. "Colonel Samir," as Hashimi calls him, "was highly intelligent, firm and an excellent logistician." But when Paul Bremer, then head of the US occupational authority in Baghdad, "dissolved the army by decree in May 2003, he was bitter and unemployed."...

...Although Iraq's dominant Baath Party was secular, the two systems ultimately shared a conviction that control over the masses should lie in the hands of a small elite that should not be answerable to anyone -- because it ruled in the name of a grand plan, legitimized by either God or the glory of Arab history. The secret of IS' success lies in the combination of opposites, the fanatical beliefs of one group and the strategic calculations of the other.