ISIS vs. Al Qaida: Battle of the Terrorist Brands 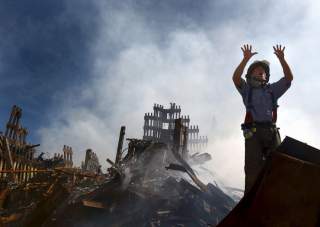 It has been a bloody summer in Europe so far, with ISIS-linked and inspired attacks taking place in Nice, Wurzburg, Ansbach, Normandy and, just recently, Charleroi. The attacks seem to have been the work of a few individuals and the body counts have been low, with the exception of the attack in Nice, which claimed at least 84 lives. The number of attacks, the varied but generally unsophisticated methods,  and the lack of strong ties between the attackers and ISIS leadership in Iraq and Syria demonstrate a major difference between ISIS and al Qaida. Namely, ISIS has adopted the “Big Box Retail Outlet” strategy of branding while al Qaida remains committed to framing itself as a luxury brand.

For ISIS, it’s a numbers game, both in focusing more on the quantity than the quality of attacks, but also in terms of reach and thus, recruitment. To reach as many potential recruits as possible, ISIS relies on several mediums to communicate its propaganda, from print publications like Dabiq to videos produced in multiple languages. It even retains an unofficial wire service, Amaq News Agency, to disseminate messages, including claims of responsibility for attacks. Moreover, by delegating the bulk of its media output to provincial information offices that focus on local and regional events, ISIS is demonstrating a lack of concern with staying on message.

Because the volume of messages matters more than staying on a specific message, social media, which has rapidity and reach but not control, is much more important to ISIS than it is to al Qaida. It does not matter to ISIS if the messages in their various communications streams clash. The implication to the target audience is, "if this particular message doesn't motivate you, don't worry, a different one will come along soon." Followers and recruits can almost always find something that appeals to them in the ISIS message torrent.

In terms of consistency, ISIS positions its brand around several themes, but above all else, it attempts to portray its organization as a defender of Sunni Muslims worldwide, the ummah. To achieve this, ISIS positions itself in contrast to its enemies—Shiites, Jews, crusaders, etc. This message resonates with Sunnis at a more parochial level in Syria and Iraq, but also gains traction with the global jihadi movement on a more strategic plain. It also motivates young Muslims outside the Islamic world who feel alienated from the society where they live or want to address guilt caused by a lack of piety.

Like big box retailers, ISIS is also unafraid to take risks by positioning itself as a “loss leader,” meaning that it will sell its product at a loss in exchange for customer buy-in. In other words, ISIS is willing to use its foot soldiers as cannon fodder in suicide operations and human wave attacks, confident that new recruits will arrive to backfill those lost in battle. Furthermore, ISIS has proven it is willing to produce grisly videos featuring beheadings and immolations in order to attract new recruits, even if the videos repel more moderate jihadists.

Finally, like most successful big box retail outlets, ISIS fosters its brand with psychological appeal and constantly tries to keep its brand new and fresh. It accomplishes the former by promoting the caliphate as an open invitation to all Sunnis, an inclusive, model society where Muslims can live in an ideal Islamic community. This vision is furthered by videos that focus on the caliphate as a benevolent state committed to public works and Islamic welfare. To keep its brand fresh, ISIS is aggressive in seeking to keep its name in the news on a near-daily basis.

In contrast to this branding as a big box retail outlet, al Qaida is much more akin to a luxury brand. First, al Qaida is more selective and discerning about who it recruits and what targets it chooses to attack. The barriers to entry into al Qaida are higher, by design, to keep the uninvited at bay and maintain exclusivity of the brand (it also doubles as smart operational security).

Al Qaida prefers recruits who truly understand its brand and its message, in contrast to recent ISIS recruits from the UK who purchased a book titled “Islam for Dummies” before leaving for Syria to join the jihad. Accordingly, al Qaida likely believes that recruits with actual knowledge of Quranic scripture are more serious about pursuing the organization’s objectives and more in tune with its overall ideological goals and agenda.

As a luxury brand, pedigree is extremely important to al Qaida. This is the group that staged the most devastating terrorist attacks in modern history on 9/11 and was led by Osama bin Laden, a larger than life figure that managed to elude U.S. authorities for more than a decade while remaining a hero to a generation of jihadists. Undoubtedly, al Qaida is still reeling from the loss of bin Laden and the elevation of his erstwhile second in command, the uncharismatic Ayman al-Zawahiri, as the group’s current CEO.

Lastly, because of its historical success and reputation, al Qaida remains a price-setter in the market. The area where this is most evident is in the group’s approach to franchise or affiliate groups. Al Qaida remains wary of letting spinoff groups operate under the al Qaida banner unless these groups possess near-identical capabilities and objectives to that of the parent group. Whether al Qaida in the Arabian Peninsula or al Qaida in the Islamic Maghreb, core al Qaida is not willing to settle for pale imitations of its well-refined brand.

The battle of the brands continues, with an interesting twist as of late as Jabhat al Nusra has rebranded itself as Jabhat Fateh al-Sham, or “Front for the Conquest of al-Sham.” While it is still too early to tell exactly what this rebranding will mean, or if it is merely a feint, what is clear is that terrorist groups and insurgent organizations do think about and devote special care to the crafting of their brand.

For the West in general and the United States in particular, the challenging task is figuring out how to develop an effectivecounter-narrative that works in direct opposition to both the ISIS and al Qaida brands. To achieve this, one underexplored area is talking to private sector professionals in public relations, marketing, advertising and brand management in order to understand why some brands succeed and why others fail and what might be done to hasten the downfall of terrorist brands, whether big box retail or luxury.

Rather than thinking of defeating ISIS and al Qaida solely in traditional military terms, it might make sense to think of bankrupting them. Hence rather than mining the wars of the past for strategic ideas, perhaps it would be better to consider some of the things that cause luxury brands to lose their luster or big box retailers to fail.

Steven Metz is director of research at the Strategic Studies Institute and Colin P. Clarke is a political scientist at the nonprofit, nonpartisan RAND Corporation.