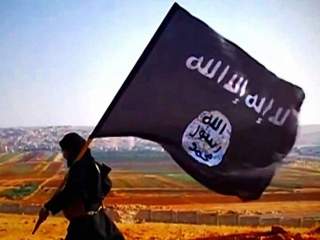 Indonesia is the world’s largest Muslim state, and because of the previous activities of Jemaah Islamiyah (JI), it’s the Southeast Asia country with the most extensive experience of dealing with trans-border jihadist-inspired terrorism. It’s now receiving considerable attention as a potential beachhead for regional ISIL extremism and, as in Malaysia, there are definite signs that the group is making decisive inroads into the polity.

Scores of Indonesians are believed to have traveled to the Middle East to wage jihad with various Sunni militias. In August 2014, General Sutarman, the national police commander, told reporters that he had the names of at least fifty-four nationals who were in Syria, including four who had died as suicide bombers.

In the same month, Ansyaad Mbai, the head of the Badan Nasional Penanggulangan Terorisme (BNPT, National Anti-Terrorism Agency), said that at least thirty-four Indonesians had joined ISIL—a number derived from interrogation depositions gleaned from would-be jihadists detained over the previous year. Those figures were early approximations, and the true total is almost certainly far higher. Indeed, by 2015 the BNPT had already revised its estimates, citing numbers over 500. Of those, forty-three are known to have died while fighting alongside ISIL.

Indonesian prisons have proven to be an especially effective conduit for ISIL recruitment by both disseminating the group’s propaganda and fostering support for it. A strong sense of jihadist solidarity and affinity has been allowed to develop among inmates, making the penal system a hub for terrorist indoctrination.

Several factors have contributed to this dysfunctional state of affairs, including corruption, overcrowding, organized violence, protection rackets, the limited available intelligence on detainees and their activities, and poorly managed, trained and paid staff. Even in maximum-security penitentiaries, prisoners have had a remarkable degree of latitude to not only access ISIL literature and translations but also to issue proclamations of allegiance that have found an audience among other detainees as well as the public.

A number of Indonesian Islamist entities have openly campaigned for ISIL. The largest and most vocal is the Forum of Islamic Law Activists (FAKSI), which was set up in early 2013 under the combined leadership of Tuah Febriwansyah (aka Muhammad Fachry) and Bahrum Syah, with Aman Abdurrahman acting as the spiritual mentor.

The group’s ostensible aim is to impress on the public the theological criticality of the current struggle in Syria, presenting it as the fulfillment of an ancient Islamic prophecy that the final battle at the end of the world will begin and end in the Levant.

FAKSI has also consistently emphasized that ISIL is more than a jihadist organization and, indeed, has the trappings of a state, given the large tracts of territory it controls and administers. A variety of tools have been used to promote these messages, including a magazine (Al Muhajirn), social media networks, online discussion forums (known as Multaqad Da’wiy) and a dedicated jihadi website (Al-Mustaqbal). As part of its campaign to solicit popular backing for ISIL, FAKSI has also organised mass ceremonies in which participants pledge support to the concept of an Islamic state.

Another entity that has been influential in generating grassroots support for ISIL is the Forum Pendukung Daulah Islamiyah (FPDI). Dr Amir Mahmud (a veteran of the Afghan mujahideen) founded the group on July 15, 2014, and, like FAKSI, it has staged a series of public gatherings to promote al-Baghdadi and his cause. More than 500 men attended FPDI’s inaugural meeting outside the Baitu Makmur Mosque in Solo, during which they openly backed the establishment of a dedicated Islamist caliphate in the Middle East.

Several prominent members of Jamaah Anshorut Tauhid (JAT), which was established in 2008, have also sworn allegiance to al-Baghdadi. Notably, they include Abu Bakar Bashir, the incarcerated founder of the movement, the former spiritual emir of JI, and a highly prominent figure among Indonesian Islamists.

Along with twenty-four other prisoners, he uploaded a letter on FAKSI’s website pledging his bai’at (oath) to ISIL in July 2014, posting the written statement from the praying room of what was supposed to be the highly secured Pasir Putih penitentiary on Nusakambangan Island off Ciulacap, Central Java.

In their letter, Bashir and his fellow inmates announced that they considered themselves to be part of al-Baghdadi’s army and stood ready to obey the orders of the caliphate that he led. Bashir followed up the letter with a proclamation that it was obligatory for all members of JAT to both respect and obey his bai’at, declaring that any who refused to do so would be thrown out of the group. Some did indeed rebuff allegiance to ISIL and were duly expelled.

The country’s most active terrorist group, Mujahideen Indonesia Timor (MIT), has also pledged allegiance to ISIL. Santoso (aka Abu Mus’ab al-Zarqawi al-Indonesi), a former field commander in JAT, leads the group. It acts as an umbrella movement for militants based in the simmering conflict zones of Poso, Palu and Bima and has been linked to numerous attacks on the police.

Despite an intense crackdown on its activities, MIT continues to threaten domestic security and, according to intelligence officials, has a high potential to commit terrorist acts and accept fighters from the international Islamist network into its membership. The group has also allegedly sought out individuals proficient in information technology who have reportedly been highly active in urging Indonesians to wage a domestic jihad via videos disseminated over the internet.

Apart from FAKSI, FPDI, JAT and MIT, at least two organizations have been identified as local branches of ISIL in Indonesia. One is Anshar ul Khilafah, which was discovered in August 2014 and had apparently been operational for at least a month using a village mosque in Sempu, Malang, as its headquarters.

The group’s influence has reportedly spread to several areas of Central Java, particularly Solo, where local media sources say growing numbers of Muslims are using it as a vehicle for pledging loyalty to ISIL. The other is the somewhat amorphously named Tasikmalaya Group. Ustaz Dani and Amin Mude are believed to be the chief coordinators of the cell, which is thought to have established a dedicated committee to oversee the selection, training and travel of Indonesians wishing to fight for ISIL in Iraq and Syria.

Overall, more than 2,000 Indonesians are thought to have declared support for ISIL. While many of those individuals will probably neither seek to go to Syria or Iraq nor propagate violence, the figure is indicative of the residual appeal that the idea of a caliphate can have in a devout public.

Peter Chalk is an adjunct senior political scientist with the RAND Corporation in the US. This is an edited extract from Black flag rising: ISIL in Southeast Asia and Australia, an ASPI Strategy paper published last week. This article first appeared on the Strategist.