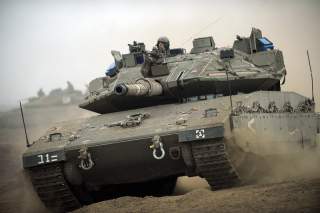 Merkava tanks were some of the first armored vehicles to be equipped with active protection systems against guided missiles. Israel has built just over 2,000 Merkavas in all versions, with 660 of the latest Mark IV built. This tank, as well a powerful collection of land and air assets, make up the backbone of Israel's mighty military.