Israel’s Nuclear Weapons Program: Everything You Need to Know 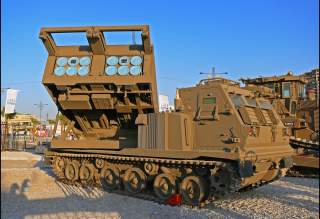 The Iranian Government has been caught building enrichment facilities by western intelligence agencies twice before.  In 2002, a dissident Iranian group provided information to the United States pointing to a large-scale enrichment facility at Natanz.  In 2009, U.S. and European intelligence uncovered another enrichment facility at Fordow buried deep into a mountain. But Iran isn’t the only country that has deliberately deceived the United States and the international community in order to provide time for a full-on nuclear program; the Israelis, as Walter Pincus wrote in a Washington Post story earlier this year, “blazed [the] trail decades ago.”

In the 1950s and early 1960s, the Israeli Government repeatedly stonewalled U.S. requests for information on possible weapons development and at times purposely lied to their U.S. allies in the hope of giving the nuclear program more room to breath.  In 1960, Israel referred to its Dimona reactor both as a “textile plant” and as a “metallurgic research installation” to the U.S. State Department. Foreign minister Shimon Peres assured President John F. Kennedy in a 1963 meeting in the Oval Office that Israel would “not introduce nuclear weapons to the region.”

The founder of the State of Israel and the country’s first prime minister, DavidBen-Gurion, made it his mission to ensure that the one homeland for the Jewish people would be protected from an ever-present threat of Arab attack.  Establishing the ultimate deterrent was therefore a major agenda-item forBen-Gurion — he hinted in an April 1948 letter to one of his operatives in Europe that Israelis needed to fast-track their research into building a stockpile of nuclear bombs that would safeguard the Jewish state.

In the early 1950s, Israel was not a powerhouse in the Middle East as it is now.  Newly established in 1948 and surrounded by hostile Arab states that would wage war on Israel on numerous occasions until the mid-1970s, Ben-Gurionwas concerned that his people would eventually fail to keep up in a conventional arms race with their Arab enemies.  Israel, he argued, needed an insurance policy in order to survive in a neighborhood filled with adversaries.

Days after his resignation as prime minister, Ben-Gurion intimated in remarks why he believed a nuclear program was so instrumental to Israel’s ultimate security and survival.  It all had to do with the intentions of Egypt, Syria, Jordan and Iraq: “I do not know of any other nation whose neighbors declare that they wish to terminate it, and not only declare, but prepare for it by all means available to them.  We must have no illusions that what is declared every day in Cairo, Damascus, Iraq are just words. This is the thought that guides the Arab leaders.”

This May, the NPT community tried to set up another Middle East WMD-freezone conference, but the United States, Canada and Great Britain blocked the resolution from passing over concerns that the meetings would take place whether or not Israel decided to join.  And just last week the United States, Great Britain, France, Canada and sixty other IAEA members rejected an Arab-drafted resolution that would have called upon Israel to bring its nuclear program under IAEA supervision.

As a state that possesses nuclear weapons but refuses to acknowledge that fact, Israel in the long run is making it more difficult to accomplish the “zero nukes” paradigm.  Yet Israel is ultimately correct: the problems that are killing tens of thousands of people in the Middle East every year and driving millions from their homes have nothing to do with Israel’s nuclear arsenal or nukes in general.  Instead, they are spurned on by the Arab world’s incredible dysfunction: sectarian conflict, incompetent and brutal dictatorial governance (see the Assad regime) and terrorism — all of which feed off of one another and create a cycle of violence that is compromising the very idea of the Arab nation-state.  If the United States, Europe, and the Arab states themselves want to begin solving the problems or at least alleviating their negative effects, Israel’s nuclear program is not where the energy should be expended. Not one person has been killed by Israeli nukes; millions have been killed from barrel bombs, improvised explosive devices, chemical weapons, AK-47’s, M1A1Abrams battle tanks, F-15s, F-16s and the long, sharp blades that are brandished by Islamic State militants in execution videos.