It Might Not Be Iron Man or Halo, but Lockheed Martin Is Slowly Making Exoskeletons a Reality 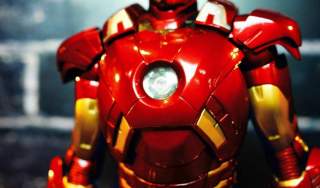 Soldiers wearing exoskeletons have long been the purview of science fiction, but in recent years, the technology has slowly started to move from the realm of videogames to reality.

One new product that helps further that trend is Lockheed Martin’s new FORTIS Knee Stress Release Device (K-SRD). While it’s not quite the MJOLNIR combat exoskeleton system worn by the character “Master Chief” from Microsoft’s HALO series of X-box games, the FORTIS K-SRD is a step in that direction.

"For any mission that combines heavy man-portable gear and climbing, FORTIS K-SRD can enhance strength and endurance," Keith Maxwell, FORTIS program manager at Lockheed Martin Missiles and Fire Control, said in a statement.

As mentioned before, the Lockheed Martin system is designed to help soldier bear the strain of carrying enormous loads over great distances. U.S. Army infantrymen will often carry more than 65lbs of gear in their rucksacks. The FORTIS K-SRD should help reduce exhaustion and injuries by alleviating some of the strain on those soldiers.

Lockheed Martin developed the FORTIS K-SRD using licensed Dermoskeleton bionic augmentation technology. Basically, the system is a computer-controlled exoskeleton that is designed to counteract strain on a soldier’s lower back and legs while increasing mobility and load-carrying capability. Particularly, the exoskeleton boosts the soldier’s capacity for physically demanding tasks where they are required to repetitively or continuously kneel, squat, lift, drag, carry or climb with heavy loads.

This is how the system works according to Lockheed Martin: “Sensors on the exoskeleton report the soldier's speed, direction and angle of movement to an on-board computer that drives electro-mechanical actuators at the knees. The exoskeleton delivers the right torque at the right time to assist knee flex and extension. FORTIS K-SRD ultimately reduces the energy needed to cross terrain, squat or kneel. These benefits are most noticeable when ascending or descending stairs or navigating inclined surfaces.”

The FORTIS K-SRD should be an improvement over previous exoskeleton designs.

Only time will tell if systems like the FORTIS K-SRD will be widely adopted by the military. While robotic such as these improve soldier performance, it also adds complexity as well as logistical and maintenance challenges. Indeed, the biggest problem is going to be the batteries needed to power systems like the FORTIS K-SRD. Until there is someway to reliably charge these systems that comes in a package that is small enough, robust enough and portable enough to be carried by a small infantry unit, it is doubtful that the Army will field these robotics with frontline combat units in numbers.