It Takes Two to Thucydides 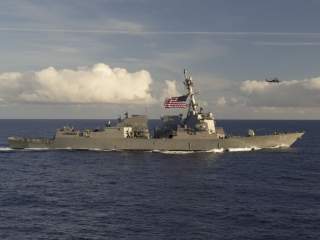 There has been a lot of talk of late in the security and international relations community about the Thucydides trap, and more specifically that China and the United States find themselves in one. But there are two important problems with the way the maxim is being used that have more than just academic implications.

To refresh the memories of those who didn't study ancient Greek history, Thucydides was an historian who in 461BC wrote a history of the Peloponnesian War (431-404BC) between the Athenian Empire (the status quo power) and the Peloponnesian League, led by Sparta (the rising power). The war reshaped the ancient Greek world. Athens, formerly the dominant power, with vast maritime capabilities, was devastated, and Sparta became the leading power. The economic costs were enormous, and felt across the whole region. Thucydides famously wrote (according to the most common if not necessarily the most accurate translation) that “What made war inevitable was the growth of Athenian power and the fear which this caused in Sparta.”

The “Thucydides trap” as it is now understood is used to explain and predict what is happening in power politics in the Asian region; it is shorthand for the idea that China's growing power represents a structural shift which threatens U.S. power. The conventional wisdom now runs that China, exercising its growing power, will bump up against U.S. power, and thus runs a high risk of causing conflict: “The pre-eminent geostrategic challenge of this era is not violent Islamic extremists or a resurgent Russia. It is the impact of China's ascendance.”

There are two problems with the use of Thucyides’ maxim as it is applied to contemporary circumstances.

The first problem, often overlooked, is that it takes two to get trapped by Thucydides: the rising power and the status quo power. Malcolm Turnbull said during a visit to Washington in January that 'if avoiding the Thucydides Trap is a core objective of China's strategy—as President Xi insists it is—then we would hope that China's actions would be carefully calculated to make conflict less likely, not more, and would seek to reassure neighbors of and build their confidence in China's intentions.' This fits neatly with one half of the maxim as we now use it: the growth of a rising power as a precursor to upsetting stability.

However, we should also attend to the other half of the adage, the role of fear in the other power.

U.S. power in the Asian region has served Australian interests well. We would not want to see the system of rules and accepted behavior disrupted, and we certainly don't want war. But perhaps American (and our own) fear of a power shift is coloring our interpretation of what is happening in the region, and shaping our policy responses. And this, perhaps, feeds into a damaging cycle of reactions and counter-reactions. Rather than the onus being put squarely on China to carefully calculate its actions to make conflict less likely, some responsibility also lies with the status quo power to do the same. Can it be said that the United States is doing everything it can to reassure and calm the situation? It probably doesn't look like it from China's point of view.

The second problem with the casual use of “the Thucydides trap” is that it seems to me that the contemporary understanding of Thucydides' maxim is back-to-front. What Thucydides was describing was not the threat a rising power poses to a status quo power, but rather the continuing growth and imperialism of the already dominant power, Athens, and the fear by the lesser power (Sparta) of what might happen if (or when, really) Athens set its sights on it. Translating that meaning into temporary circumstance would mean that China is afraid of the US continuing to expand.

Is this all just semantics? Well, no, it matters. It matters because when influential people misunderstand history it allows them an authority to argue that 'war is more likely than not' when a rising power is threatening to displace a ruling power. This is what is being argued today with regard to China and the United States. This conclusion is to urge the United States and Australia to adopt tough action to deter China from its increasingly assertive activities.

This links back to my first point: when we are talking about potential causes for conflict, it is not just the rising power that has a responsibility to behave in ways that preserve peace and stability. Fear in the status quo power of a power shift is just as important as any destabilizing effect a rising power may have. Jarred McKinney makes this point well. Structural variables such as China's rise, which we cannot change, make war possible. But there are also contingent variables such as credibility and rivalry, which actually bring war about, and which we can influence. We cannot control China's rise and the structural challenges this causes; this may indeed make war possible. However, we can influence the contingent variables that could actually make war happen.

When we call on historical metaphors like “the Thucydides trap” to describe and explain contemporary geopolitics we must be careful that we are not misrepresenting what is actually happening. The words we use to understand complex situations are not mere details; they shape reality as much as they reflect it.

Merriden Varrall is director of the East Asia program at the Lowy Institute. This article first appeared in the Interpreter.