Is It Time to Get Rid of States? 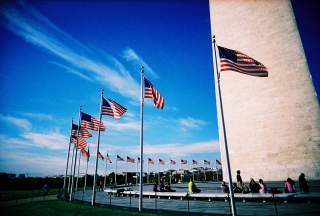 The renewed calls to abandon the “antiquated” and “undemocratic” Electoral College were to be expected. But in a column for The Washington Post’s “In Theory” blog, author Lawrence R. Samuel goes even further, suggesting we get rid of states altogether.

In the 18th century, he admits, “the coming together of 13 disparate colonies was itself a historic achievement,” but since then, “regional differences have drastically dissipated … turning the once radical proposition of the ‘United States’ into an anachronism that now has little real value.” In his view, dispensing with states “offers a cleaner, more sensible, and much more affordable system.”

Insofar as Americans—no matter their state of residence—can shop at the same stores, eat at the same chain restaurants, and watch the same sitcoms, the nation is arguably more homogeneous than at the time of the founding.

But Samuel’s argument relies on the deeper claim that “we share the same basic principles and core values grounded in the unalienable rights to life, liberty, and the pursuit of happiness.”

A national consensus on principles and values may exist at the most abstract level, but not when it comes down to the stuff of everyday living.

Do Arkansans and New Yorkers agree on what a “right to life” entails? Do Californians and Texans agree on how far individual liberty should extend regarding the purchase and carry of firearms? Do Utahans and Coloradans agree on what substances a person should be free to smoke in their pursuit of happiness? Of course not.

The constitutional principle of federalism allows citizens who disagree about these questions to coexist by granting the states fairly wide latitude to enact a broad range of policies. It allows Vermont to be Vermont, Texas to be Texas, and all Americans to vote with their feet by moving to states that best reflect their policy preferences.

The ability to relocate to another state with relative ease serves as a safety valve to lower the temperature when political conflict reaches the boiling point. A bad state policy or governor can be escaped, but a bad federal law or president must be suffered.

By getting rid of states, we would be doubling down on the current divisive model in which the federal government imposes one-size-fits-all policies on the states.

Unfortunately, Washington, D.C., has, in effect, been following Samuel’s suggestion that we rid ourselves of states for the better part of the last century. Whereas the Constitution envisages the states to be sovereign in their spheres of authority, they have gradually been transformed into administrative sub-units of the federal government, tasked with implementing federal policies.

The states, of course, have been complicit in the erosion of federalism. By becoming reliant on federal grant money, they have become easy to buy off. So while the federal government has no constitutional authority to set a national drinking age, it was able to do so by threatening to cut the federal highway apportionments of any state that maintained a drinking age below 21.

Far from being antiquated and outmoded, our federal system may be more useful than ever before. While it would have been very difficult at the time of the founding for people to relocate across the country, now it is relatively simple. Highways and U-Hauls allow people to move wherever they please while high-speed internet connections allow them to do so without abandoning loved ones back home.

We are also a far more diverse nation than ever before. Greater ethnic and cultural diversity has spawned a wider range of views on basic social questions regarding the role of religion, the definition of marriage, and how basic distinctions like man and woman should be understood.

Because almost every consequential policy matter is determined at the national level, it is becoming difficult for contrasting beliefs and distinct subcultures to coexist. Because one view must ultimately govern the nation, each faction represents a clear threat to the others.

One way to turn down the temperature of national politics may be to turn up the temperature of state politics. By allowing the states to play their constitutional role—devising their own policies on issues both controversial and mundane—Americans would have the choice of 50 different regimes instead of only one.