It's Not Time to Start Worrying About Taiwan 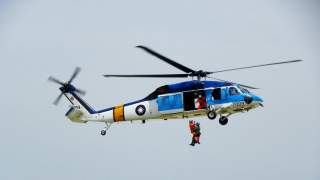 Good policy making benefits from factually up-to-date, open-source analysis taking place in a public space and conducted by policy specialists, journalists, and scholars. This kind of analysis is even more critical when its subject is Taiwan, a country of pivotal importance for U.S. interests in East and Southeast Asia. Yet, more often than not, Taiwan-related analysis is based on outdated narratives and incomplete understandings that offer only misleading policy implications.

For example, in a recent article for The National Interest, Michael Casey offers a conventional view on the near future of relations between China and Taiwan under which cross-Strait relations are “threatened” when the pro-Taiwanese independence Democratic Progressive Party (DPP) is in power:

Both sides enjoyed closer relations during the previous KMT administration of President Ma Ying-jeou from 2008 to 2016, and the PRC will do what it can to precipitate a return to KMT rule. There is some indication that Beijing will aggressively pressure the new president and explore how far it can go in imposing its own terms on the relationship.

This reading of affairs is remarkable, not the least because Casey apparently thinks Taipei negotiating to solve mutual problems with Tokyo is somehow provocative. Casey correctly asserts that Beijing prefers the (Kuomintang) KMT to the DPP, and seems to think that Washington should as well:

The United States benefited from improved cross-Strait relations under the previous KMT administration. Improved relations freed scarce resources, such as the time and attention of national-security decisionmakers, and permitted the Obama administration to improve bilateral relations between the United States and ROC. The United States has an abiding interest in peace and stability between Beijing and Taipei. A return to the hostile noncontact that characterized relations from 2000 to 2008 threatens the peaceful management of other regional issues, such as North Korea or territorial disputes in the East and South China Seas.

He is hardly alone in this assessment. Richard Bush, the prominent Taiwan expert at Brookings, also argues that the past eight years across the Strait were beneficial for the United States. In the run-up to the 2016 elections he asserted that KMT’s victory is preferable for U.S. interests (p. 21):

Logically, the outcome that would be best for the United States is a victory by Eric Chu, because his cross-Strait policies would be consistent with Ma Ying-jeou’s, which have reduced the salience of the Taiwan issue in a U.S.-China relationship littered with other problems.

The only reason that Taiwan has been, by and large, out of the headlines since 2008 is that the island’s leader Ma Yingjeou quite radically shifted course from his two predecessors and bravely pursued a rapprochement with the mainland. That far-sighted policy has made for eight quiet years. Only readers unfamiliar with the very dicey situation across the Taiwan Strait from 1997–2007 could fail to appreciate the welcome and prosperous calm that has characterized the Taiwan issue over the last several years.

These are not a few cherry-picked quotes—such analyses of cross-Strait relations from U.S. perspective are commonplace (see here, here, here, or here).

Narratives like these generally rest on three main assumptions. First, Chen Shui-bian’s two-term presidency (2000-2008), the first for the erstwhile opposition DPP, was one of  constant conflict across the Taiwan Strait. Taiwan was a troublemaker rocking the boat, increasing Chinese anxiety, and potentially threatening to drag the United States into military conflict. Second, the era of KMT’s Ma Ying-jeou (2008-2016) was an eight-year-long bright sunny day that came after the age of darkness. Third, an inevitable crisis is coming, because the DPP is in power again.

Take, for example, Professor Goldstein’s argument that “Only readers unfamiliar with the very dicey situation across the Taiwan Strait from 1997-2007 could fail to appreciate the welcome and prosperous calm that has characterized the Taiwan issue over the last several years.” In fact, the Chen Shui-bian era was a golden age that saw cross-Strait trade increase nearly twenty-fold, from $4.5 billion in 1997 to $98 billion in 2008. Chen legalized investment in China, and the air route between Taipei and Hong Kong was among the busiest in the world. The so called “three small links” (小三通) negotiations laid the foundation for opening of regular commercial air, sea and postal links after 2008. The Chen administration also saw negotiations on student exchanges, police, and other key matters. Hundreds of thousands of Taiwanese went to work in China, making tens of billions in investments, hardly possible if any of them thought “tensions” were truly something to worry about. Of course, there were heated words exchanged, but in the end, it was China that broke off contact hoping that its intransigence would help the KMT return to power. By contrast, the eight years of the Ma administration saw trade grow a paltry $17 billion (since 2008), a sum less than that of any two-year period during the Chen era, and a collapse of Taiwan’s trade surplus with China, major factors in recent KMT election defeats.

Moreover, the relative calm in cross-Strait relations has meant only increasing militarization of China’s side of the Strait, as Taiwan’s defense ministry reports continuously stress. A similar point is made in the Pentagon’s annual reports on the Chinese military.

Predictably, the DPP victory in 2016 has led to much scaremongering over the possibility of renewed “tensions.” Frequently cited evidence for “renewed tensions” is the deportation of alleged scammers from Kenya to China, the renewal of ties between Beijing and Gambia, and claims that cross-Strait tourism has been slashed. The first probably had nothing to do with Tsai Ing-wen (Beijing and Nairobi determined how to handle the case a year before she was elected), the second is more likely related to China’s policies in North Africa toward Islamic militancy, and as for the third, the number of Chinese tourists to Taiwan rose in February and again in April. Beijing has threatened to cut negotiations and perhaps not accept visits from DPP officials, purely symbolic moves. Beijing could concretely punish Taiwan, but its available options all harm China and the political and economic relationships Beijing has carefully cultivated in Taipei. It is far more likely that Beijing—like so many other observers—does not know what to do.

The most serious error, however, widely found in Taiwan-related analysis, is delinking cross-Strait relations from the policies that China pursues elsewhere. These pieces argue that calm in the Taiwan Strait has allowed Washington to focus on crises in South and East China Seas. Again, this stands reality on its head: Taiwan is part of a broad front of expansion that includes the South China Sea, Taiwan itself, the Senkakus, and possibly also Okinawa. The “calm” of the Ma administration simply presented Beijing with the opportunity to ramp up tensions elsewhere in the region.

Pundits who argue that the United States should allow China to “Finlandize” Taiwan can only do so by removing Taiwan from this context: the next target, should Beijing get Taiwan, will be the Senkakus and Okinawa, connected to Taiwan in Chinese claims. Nor should it be forgotten that the infamous nine-dash line runs through the Bashi Channel between Taiwan and Philippines. Once Beijing has Taiwan, it will begin to eye new claims, something already happening in the South China Sea. Needless to say, the United States has defense treaties with both Tokyo and Manila. Taiwan is not sparking confrontation, but preventing a far more severe Great Power confrontation.

Far from driving new tensions, the DPP victory presents an enormous opportunity for Washington to advance its interests in East Asia and the South China Sea. Unlike the Ma administration, both Taiwan’s democratically minded public and its government are pro-America and pro-Japan. President Tsai has indicated, for example, that she wants Taiwan to join the Trans Pacific Partnership free-trade deal. The DPP has pledged to raise defense expenditures and has a long history of attempted weapons purchases from the United States. Unlike the Ma administration, neither the DPP nor the people of Taiwan have much emotional connection to the ROC’s island claims. The new government is promoting closer relations with Tokyo and the southeast Asian states—thus reducing tensions.

With the United States and China confronting each other across China’s territorial expansion from India to the Senkakus, Washington should be welcoming, not deploring, a pro-American administration in Taipei that can support its multilateral efforts in the region. U.S. policymakers should realize that “tensions” across the Strait are not caused by decision makers in Taipei, but are a policy choice of Beijing, which uses them as a tool to influence major actors in the cross-Strait relationship, especially Washington. It is striking indicator of Beijing’s propaganda success that only Taiwan is accused of “provoking” tensions. India, Japan, Malaysia, or Vietnam are seldom so criticized, though they confront the same expansion that Taipei does.