Jacob Zuma Is Leading South Africa toward the Edge 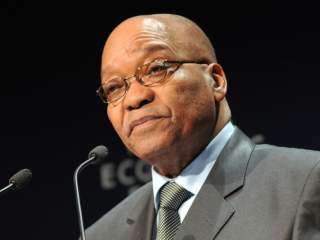 South Africa is in the grips of its most serious economic and political crisis since 1994, when the country elected its first post-apartheid government under Nelson Mandela. The African National Congress (ANC), which has ruled the country since its liberation, is on the defensive. Younger South Africans—many born into freedom—are disillusioned by the ANC’s failure to deliver broad-based prosperity in what has become the world’s most unequal nation, in terms of per capita income. Most worrisome, President Jacob Zuma’s government has taken an authoritarian and corrupt turn—at the very moment the country needs bold and honest leadership.

Given its strong institutions—including an independent Constitutional Court, an office of the Public Protector and a free press—South Africa is in no immediate danger of becoming a failed state. But weak governance is preventing it from making critical policy choices and public investments to improve social welfare and realize Mandela’s dream of a multiracial “rainbow nation.” It is also undercutting South Africa’s capacity to lead both in Africa and on the global stage.

South Africa’s economy is in the doldrums. Growth is less than one percent—a fraction of the 6-7 percent the country needs to meet its development goals. Some of this is beyond the government’s control. A historic drought has hit the nation’s agricultural sector hard. More damaging has been the collapse in global commodity prices, driven by China’s slowdown, which has grounded South Africa’s once high-flying economy. The country’s currency, the rand, has lost sixty percent of its value against the dollar since 2011.

But other wounds are self-inflicted. Or, more to the point, Zuma-inflicted. Last December the president rattled financial markets by abruptly firing a competent finance minister and replacing him with a political hack. Investors panicked. The Johannesburg Stock Exchange banking index shed 13.5 percent of its value overnight. Five days later, Zuma shifted again, appointing a third finance minister, the respected Pravin Gordhan. But the damage—both economic and reputational—had been done.

Gordhan has restored some confidence, submitting a credible budget last month. But markets remain jittery, and Zuma’s rent-seeking cronies have their long knives out for the finance minister. In recent days Moody’s, Fitch and other rating agencies have warned that South African bonds may be downgraded to “junk” status. That would force South Africa into the arms of the International Monetary Fund—a humiliating prospect for the sovereignty-proud ANC. This week Gordhan is jetting off to London and New York, in the hopes of allaying investor fears.

The economic crisis—and the belt-tightening it will require—could not come at a worse time. To achieve long-term prosperity and political stability, South Africa must tap the potential of its vast, marginalized and overwhelmingly black underclass. That implies investing in the country’s education, health care and infrastructure. Many of those left behind today blame the previous generation—even Mandela himself—for failing to fundamentally transform the structure of the South African economy, which continues to benefit whites and well-connected mixed-race and black citizens, while masses live in squalor. Officially, the unemployment rate is 25 percent—likely a conservative estimate.

On the political left, the ANC is being challenged by the radical Economic Freedom Fighters party, led by Julius Malema, former head of the ANC’s youth league. But more serious electoral competition comes from the right. The Democratic Alliance (DA), long dominated by white and mixed-race South Africans, is expanding its national appeal, choosing its first black leader, Mmusi Maimane, in September. While its support still pales compared to the ANC’s, it anticipates significant victories in the August municipal elections, perhaps even capturing the mayoralty of Johannesburg. (It already controls Cape Town’s city hall.) Meanwhile, the ANC has descended into a “civil war” pitting Zuma supporters against those who fear that the unpopular and erratic leader will destroy the party’s prospects for retaining the presidency when his second (and final) term expires in 2019.

South Africa’s economic and political turmoil is also undercutting its foreign policy. Since the end of apartheid, South Africa has exerted an international influence beyond its economic weight, in the United Nations, in Africa, and (more recently), within the Group of 20. Under Mandela, the country advanced the vision of a more just—that is, multipolar, multilateral and egalitarian—world order. Mandela’s successor, Thabo Mbeki, championed an “African Renaissance.” He helped engineer a transition from the tired Organization of African Unity to the more dynamic African Union, as well as the launch of a New Partnership for Africa’s Development. At the same time, Mbeki understood the need to balance developing world solidarity with close relations with the traditional Western powers. Zuma, by contrast, has adopted a reckless anti-Western—and anti-American—stance. Indeed, South Africa has entered the dark realm of conspiracy theory: In mid-February, the ANC’s secretary general, Gwede Mantashe, accused the United States of planning “regime change” in South Africa.

Seeking an economic lifeline and geopolitical muscle, Zuma has increasingly hitched his wagon to the BRICS group, a coalition of major emerging powers composed of Brazil, Russia, India, China and South Africa itself. South African officials regard the BRICS’ New Development Bank as a new source of investment financing—without the pesky conditionality of the Bretton Woods institutions. Politically, Zuma celebrates the BRICS as a platform to rail against and challenge the Western-dominated order.

It is unlikely that the BRICS will deliver on Zuma’s high expectations for financial resources and global clout. The New Development Bank remains a work in progress—and in any event is unlikely to write South Africa blank checks. More broadly, each of the BRICS (with the exception of India) is struggling economically: Brazil is in full-blown recession, Russia is stagnant, and China is experiencing a significant slowdown. Nor are the BRICS likely to constitute an enduring political counterweight to the West, given the heterogeneity of the coalition, which includes three messy democracies and two authoritarian states. Zuma’s effort to cozy up to both China and Russia (including his new BFF Vladimir Putin), undercuts South Africa’s continuing claim to pursue a “moral” foreign policy. At the same time, neither Beijing nor Moscow supports South Africa’s long-held ambition to obtain a permanent seat on the UN Security Council—a prospect that grows increasingly dim every day, as the nation drifts in the economic doldrums.

Ultimately, South Africa’s claims to a prominent global role will depend less on its diplomatic alignments than on its domestic choices. That means getting its house in order, by improving the quality of its governance. In South Africa, as in the United States, foreign policy begins at home.

Stewart M. Patrick is a senior fellow and director, Program on International Institutions and Global Governance, at the Council on Foreign Relations. This article first appeared in the Internationalist.