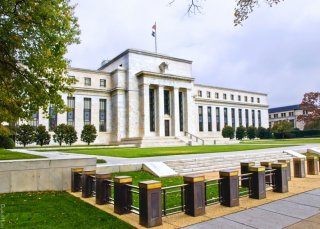 In her speech at the central bank retreat in Jackson Hole, Federal Reserve Chair Janet Yellen said something remarkable for an economist—the labor market data lacks clarity, is confusing, and is sometimes contradictory. Yellen admitted the Fed is having a difficult time understanding precisely what is happening in the labor markets, and the difficulty of understanding the data has been magnified following the Great Recession. Some variables appear to have lost some of their meaning or ‘predicative power’, while others do not seem to have been affected much at all. This requires a shift in interpreting some data, and not necessarily extrapolating past tendencies and correlations to the present.

In the speech, Yellen subtly argues some data her colleagues are relying on should be interpreted with care. Some may not be relaying the same information about the labor market (and output, and wages and so on) as before the Recession. One to be wary of is the number of people working part-time for economic reasons. Yellen points out that there are “structural”—permanent—forces at work here, such as the shift to a services oriented economy where part-time employment is more common. But there is also a “cyclical”—temporary—component and Fed policy should be effectual here.

The Fed caused itself a problem by stating that monetary policy would be tightened as the unemployment rate dropped and inflation stayed within bounds. This is causing some issues now, as some at the Fed believe the unemployment rate—what the Fed has tied itself to—is not a good measure of the labor market. So Yellen proffered an idea about how to avoid the problems that using a single data point to determine policy could wreak:

“I believe that our assessments of the degree of slack must be based on a wide range of variables and will require difficult judgments about the cyclical and structural influences in the labor market. While these assessments have always been imprecise and subject to revision, the task has become especially challenging in the aftermath of the Great Recession, which brought nearly unprecedented cyclical dislocations and may have been associated with similarly unprecedented structural changes in the labor market—changes that have yet to be fully understood.”

The critical element embedded in this statement is the use of a wide range of data to understand an economy vastly different from the one we knew before.

To drive her point home, Yellen gives a few examples of what happens when data is not properly understood. Are more job vacancies a good sign for the labor market? Maybe:

“Given the rise in job vacancies, hiring may be poised to pick up, but the failure of hiring to rise with vacancies could also indicate that firms perceive the prospects for economic growth as still insufficient to justify adding to payrolls. Alternatively, subdued hiring could indicate that firms are encountering difficulties in finding qualified job applicants.”

Job vacancies and hiring are linked, and not understanding this link could render an analysis useless. Or, simply looking at the rise in job vacancies could lead to an inaccurate assessment of the labor market and the number of workers being demanded.

Other variables may not be so difficult to understand, even now. The quit rate—the number of people who quit their jobs as a proportion of the workforce—is one of those. As more people quit their jobs, the better the labor market is assumed to be. It indicates workers’ confidence in finding alternative employment, and how broadly firms are competing for talent. But, as Yellen points out, the quit rate is still “somewhat depressed,” and this could be a sign the labor market is not as dynamic as some think. While many of the variables may have been deeply affected by the Recession, the logic behind quitting a job is unlikely to have changed.

Yellen is a labor economist—this is her territory. It is disconcerting when she admits there is uncertainty regarding the state of the labor market, and how the Fed should react to it. But today Yellen did something truly brilliant. Instead of providing economists and Wall Street with specific policy plans, Yellen gave economists and Wall Street a lesson on how to acknowledge a lack of clarity in the data. This may not sound like a monetary policy, but it is. By allowing for uncertainty and calling for a broad range of variables to be used in the determination of policy, Yellen is allowing for almost any policy to be justified by data. After all, the data could be good, it could be bad, but it is certainly indeterminate.