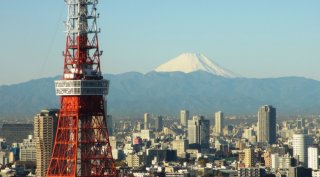 On Oct. 20, 2014, Prime Minister Shinzo Abe accepted the resignation of two women in his Cabinet – Obuchi Yuko, minister of economy, trade and industry, and Matsushima Midori, minister of justice – amid scandal over campaign irregularities and financing. This followed their promotion to the Japanese Cabinet with much fanfare less than two months prior; this was a symbol of Abe’s ‘Womenomics’ policy, an adjustment effort to improve women’s advancement in society and their participation in the workforce. A foundation of this initiative is creating social conditions that make it easier for women to balance work and family. This policy goal not only constitutes a major component of Abe’s ambitious economic strategy, popularly known as ‘Abenomics’, but would also help offset Japan’s demographic crisis. Japan’s future as a major power depends on whether Tokyo can simultaneously incorporate women into the workforce and increase the fertility rate. The answer will be important not only for Japan but for other countries facing similar demographic challenges.

A 2012 report by the Japanese National Institute of Population and Social Security Research (PSSR), using medium fertility projections, projects Japan will enter a long period of population decline, dropping from 128 million in 2010 to 86.74 million by 2060. The most pessimistic projection for 2060 predicts a population of 78.56 million.

These trends will not only place an acute burden on labor-intensive industries such as healthcare, but the financial stress on families will have negative effects on the broader economy. For example, a decline in population will mean less consumer spending and great pressure on Japan’s GDP growth and wages, undermining Japanese competitiveness. This combination of a weakening economy and declining population will deter foreign investment in Japan, limiting a valuable tool for economic recovery.

Abe posits that Japan can revitalize its economy by encouraging more women to work through a suite of policies aimed at extending economic opportunity. Womenomics is critical for Japan because it seeks to increase the role of women in the economy, but there are many obstacles. First, the participation of Japanese women aged 25-54 is 70.8 percent as of 2013 according to the OECD, ranking 23rd out of 34 OECD countries. Second, there are wide disparities in wages between women and men. Abe admitted that Japanese women earn on average 30.2 percent less than their male counterparts in his article in the Wall Street Journal. Third, marginalization of women extends into the political realm. After the 2014 general election, only 39 out of 475 members of the House of Representatives are women. The Gender Equality Bureau Cabinet Office (GEBCO) report also shows the ratio of new female employees in the central government in 2013 was only 26.8 percent.

Inequality in the public sphere reflects similar inequality in the private sphere; the traditional division of labor remains firmly entrenched at home. According to a 2007 Cabinet Office opinion poll, 60 percent of mothers believed that a wife is responsible for 80-90 percent of child-raising work at home. The same report found that the more husbands participated in domestic duties, the more wives wanted additional children. The Abe Cabinet has set a goal of increasing childcare leave for men to 13 percent by 2020, but this would likely have marginal impact since only 1.72 percent of husbands utilized such services in 2009, according to GEBCO.

One important obstacle to change is the lack of childcare services. According to the Ministry of Health, Labor and Welfare, there are more than 20,000 children on the national waiting list for childcare. It therefore shouldn’t be surprising that only 38 percent of women can maintain their job after their first maternity leave in Japan (GEBCO).

The Abe Cabinet hopes to transform Japanese society to make it easier for women to live, work, and raise children simultaneously. The Womenomics Policy Package outlines six categories of women’s demands that have to be met and suggests solutions for each demand: (1) want to give birth to, raise, and care for children (and the elderly) safely, (2) want to participate actively in the workplace, (3) want to be involved with and/or start businesses in the community, (4) want a healthy and comfortable life, (5) want a safe and secure life, (6) want to be connected with people and information.

Womenomics also seeks to increase the percentage of women in leadership positions to at least 30 percent by 2020. The government set targets to double the number of female managers in national government positions and for women to hold 10 percent of senior manager or higher positions in the private sector by the end of FY2015. It is expected that this will lead to further reforms in the work environment.

The implementation of Womenomics has not been seamless. Numerical targets do not change a patriarchal corporate culture; superficial appointments do not prevent women from being disproportionately criticized when they fail because of the assumption that they are not qualified to be leaders. The resignation of the female Cabinet ministers is the most recent example of the prejudices against women in positions of power. The Abe Cabinet had been criticized for what was perceived to be affirmative action appointments, yet male politicians have a long history of making mistakes, and are provided the opportunity to learn from those experiences and remain or return to power.

Moreover, Womenomics is not the Abe regime’s priority. In December 2014, the Abe Cabinet discarded a bill making it obligatory for companies to employ and promote a certain percentage of female workers to avoid the divisive issue in the general election. Abe will compromise on policies for women if other issues are more important for him.

However, as long as Japanese society holds biases toward women, government intervention is necessary. Japan’s demographic problems can only be addressed by a concerted government effort toward institutional reform, followed by meaningful societal change.

If Prime Minister Abe wants Japan to be a “first tier nation,” he must prevent Japan’s aging society and declining birthrates from suppressing its economic growth. Otherwise, Japan will be forced to decrease expenditures and investments in the military, Official Development Assistance, education, and other vital areas necessary for it to maintain its international relevance. An aging and declining population will slow growth while increasing pressure on the government and working population to pay for the massive costs of elderly care. With the decline of Japan, Asia will lose a vibrant democratic innovator and investor.

Womenomics can ease Japan’s demographic problems and invigorate a sluggish economy. The government must not waver in its efforts to increase female participation in the workforce. As other countries face similar demographic problems, how Japan addresses its problems can serve as a valuable example for the region, and the world.

Tomoko Kiyota is chair of the WSD-Handa virtual working group on “Abe’s demographic policies: lessons for Asia.” This piece is a result of several months of research, writing, and international collaboration undertaken by: Annette Bradford, Rachel Ianacone, Henry Lawton, Tom Le, Seongmin Lee, Naohito Miura, and Daichi Uchimura. For additional information on the group, or for more about the activities of Dr. Haruhisa Handa and the Worldwide Support for Development, contact [email protected]. This piece first appeared in CSIS: PACNET newsletter here.