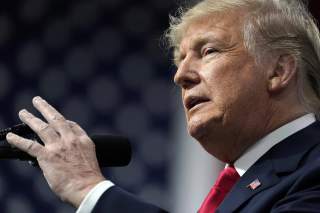 US President Donald Trump declared on Saturday that the leaders of China and Japan are pleased that he’s working toward a diplomatic solution with North Korea. But Japan’s Asahi Shimbun said that Tokyo was blindsided by Trump’s decision last week to meet with North Korean leader Kim Jong-un due to a lack of prior notice from Washington.

“The US leader’s announcement of a planned historic summit meeting by the end of May with North Korean leader Kim Jong-un caught Japan off-guard and dismayed as Tokyo had stood shoulder-to-shoulder with Washington on maintaining maximum pressure on Pyongyang to rein in its military provocations,” Asahi reported in a weekend story.

“It never occurred to us that such a decision would be made at this time,” a high-ranking Foreign Ministry official was quoted as saying, alluding to what was described as “shockwaves reverberating in Tokyo.”

Asahi said Trump’s surprise move also stirred concern about the degree of Japan’s participation in future US negotiations regarding North Korea. “The sudden shift in direction by Donald Trump – from belligerent taunts to dialogue – triggered concern in Japan that it could be kept away from the table on negotiations on the denuclearization of North Korea,” Asahi said.

Trump reportedly told Abe in a March 9 phone call that he had “good news.” But Abe is said to have been taken aback by word of the planned summit, which came out of the blue. Abe, for his part, proposed visiting the US in early April to discuss the latest developments concerning North Korea.

“Although he was reeling from the ace card played by Trump, Abe went on to tell reporters that the two countries were 100 percent together on the issue,” Asahi said.

No date or venue for the planned Trump-Kim summit has been set. But both sides have indicated that it will take place by late May.