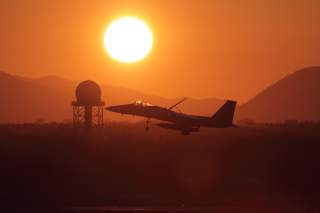 North Korea’s development of nuclear weapons has destabilized East Asia, with far-reaching consequences not only for its neighbors but the entire world. Japan, the only country in history subject to nuclear attack, now faces the possibility of new attacks. In response, the country is considering buying offensive missiles for the first time since the end of World War II. Those missiles would give Japan the ability to destroy nuclear-tipped missiles on the launching pad, before they are used.

Japan forsake war as a tool of the state and banned offensive weapons as a matter of policy in the aftermath of World War II. Aircraft carriers, ballistic missiles, bombers, and marine infantry were all prohibited on the grounds that they had purely offensive purposes. Since then, however, a growing number of formerly prohibited forces and formations, including marines, have been re-evaluated and cleared for use so long as they are used defensively or to pre-empt enemy offensive action.

Although Japan has a very good ballistic missile network, it has until now been unable to consider the most obvious way to avoid attack: striking first. The scenario most often presented is that of a Japanese satellite detecting a North Korean liquid-fueled, nuclear-tipped missile on the launch pad, fueling and preparing to attack. With hours before launch, most countries would have a window of opportunity to launch strikes with missiles or tactical aircraft, blowing up the missile on the pad. Japan, however, does not have the capability, and can only watch and hope its ballistic missile defense network works properly.

The confirmation that North Korea has nuclear—and perhaps thermonuclear weapons—and is actively working to place them on missile warheads upps the level of risk to Tokyo. Recently the Japanese government has made clear its desire to purchase two cruise missiles: the American Joint Air-to-Surface Standoff Missile-Extended Range (JASSM-ER) and Norwegian/U.S. Joint Strike Missile (JSM). Both missiles will give Tokyo the ability to attack North Korean missiles on the launch pad or command and control sites that control the launch process. Politically, the missiles are justified as “offensive-defensive” missiles capable of carrying out pre-emptive strikes—but only against targets that present an imminent threat.

The JASSM-ER is an improved version of the JASSM missile used in a raid on Syrian chemical weapons facilities earlier this year. Launched from a B-1, F-16, and F-15 aircraft, the missile has a range of more than 575 miles. Adapted for use by Japanese F-15J or F-2 fighters, a JASSM-ER launched from the sea of Japan could strike targets across North Korea. Each missile has a one thousand blast fragmentation warhead with a hard target smart fuse capable of penetrating underground facilities, and accuracy is within three yards of the designated target.

Originally, Japanese officials in and out of government floated plans to buy the Tomahawk land attack missile. U.S. officials, on the other hand, were reluctant to provide Japan with what has historically been a nuclear-capable missile. The JASSM-ER, however, is a purely conventional missile and the current presidential administration may have little qualms about providing it to a key ally.

The second offensive missile Japan plans to acquire is the JSM. JSM is an evolutionary development of the Kongsberg Naval Strike Missile, which was recently selected by the U.S. Navy as the over-the-horizon anti-ship missile for the Littoral Combat Ship. JSM is designed to fit internally in the weapons bay of the F-35 Joint Strike Fighter, of which Japan has forty-two on order. JSM can also be launched from the Mk.41 vertical launch silos on Japan Maritime Self Defense Force guided missile destroyers.

Japan is still a long way from being capable of executing a complex air and sea campaign against North Korean—or Chinese—cruise and ballistic missiles. Such a campaign would necessitate more intelligence/surveillance/reconnaissance assets, particularly drones, more aerial refueling tankers, and more airborne early warning and command and control aircraft. Still, the purchase of offensive missiles is an important policy shift that clears the way for a more serious approach to destroying enemy weapons before they can threaten Japan. North Korea’s threats of destruction against Japan may end up creating a new, more capable Japanese military that neither Pyongyang or Beijing are prepared for.