Kim Jong-un’s Vanishing Act: The Scary Reality if He Dies 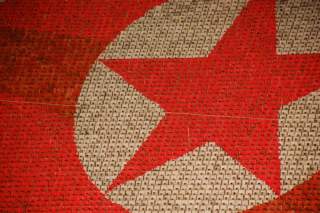 North Korea’s leader Kim Jong-un has not been seen in public for over one month, failing to participate in a major Supreme People’s Assembly gathering and anniversary commemorations of the founding of the Korean Workers’ Party. These are the same sorts of events that his father, Kim Jong-il, failed to attend six years ago following a stroke from which it took months for him to recover. North Korea’s official media has publicly acknowledged Kim’s “discomfort.”

But perhaps what is more notable is that international media seem to “need” Kim Jong-un more than the domestic media, even while deriding North Korean media coverage of Kims pointing at things. The divergence in domestic and international media responses should give pause precisely because it reveals the way that the Kim cult of personality has distracted from our understanding of the underlying state of the North Korean regime: within North Korea, the people feel Kim’s presence even when he is absent; externally, North Korean propaganda has made Kim’s presence so critical that international media regard his absence as disquieting, even in without supporting indicators of instability or upset in Pyongyang. In this way, the cult of personality distorts our focus on the state and relationships among the underlying institutions (the party, the military, the state) as factors likely to influence the stability of the North Korean regime.

Likewise, publicly known international responses to Kim Jong-un’s absence can be grouped into three categories: whistling past the graveyard and alternately worrying or hoping that Kim will find his way into the graveyard. But no state has yet tipped its hand as to what it would do in the event of a real crisis of leadership in North Korea.

Kim Jong-il’s absence in 2008 was significant because his health crisis paralyzed North Korean diplomacy and accelerated succession planning that eventually unveiled and elevated Kim Jong-un as Kim Jong-il’s successor. But it did not ultimately have implications for the viability or continuity of the North Korean state. In contrast, Kim Jong-un’s absence has coincided with a period of unprecedented DPRK diplomatic activity under Kim Jong-un. Although Kim Jong-un’s relative youth mitigates against the likelihood that his health issues will debilitating, he does not have grown children, which underscores the potential complexities of succession and the need for a succession plan should something go wrong. Kim’s absence from public view by itself does not appear likely to shake the regime, but it reveals the vulnerabilities the regime faces as a result of its dependence on the “line of Mount Paekdu” as the overarching source of legitimacy behind Kim rule.

Kim Jong-un does not have a viable successor within his own line and is unlikely to have one for two decades. Moreover, as part of his own succession struggle, Kim Jong-il introduced the thought that “side branches” in the Kim genealogical tree constitute potential threats to legitimacy. But in so doing he introduced constraints on the viability of Kim Jong-un’s siblings (older brothers Kim Jong-chol and even the exiled Kim Jong-nam) or sister Kim Yo-jung (rumored to have already taken a central role in management of state affairs) as potential successors to Kim Jong-un. This circumstance heightens the possibility that Kim Jong-un’s demise could spark a complicated family battle for succession that could upend the viability of the regime. In this respect, the viability of Kim family rule in North Korea may appear more fragile than it has been in decades. Kim Jong-un’s absence points to this fragility.