Learning from Mistakes: Lessons for Obama from Israel 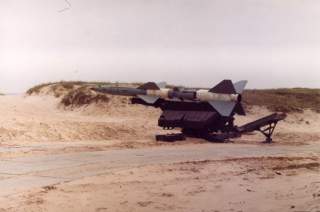 As we approach the end of the Obama administration, we may look back over the past eight years, which has been responsible for more foreign policy debacles and misguided presidential decision making, especially in the Middle East, than we have seen in previous administrations. In response to Jeffrey Goldberg’s piece in the Atlantic, Josef Joffe correctly summarized the Obama doctrine and the Commander and Chief himself as “an isolationist with drones and special-operations forces” and—above all—not a realist. A clear example of this is the decline in American deterrence and power in the Middle East and elsewhere.

The recent New York Times profile of Obama’s foreign policy adviser Ben Rhodes provides a key example of the administration’s lack of policy realism and just how disconnected the White House has been from the reality of the Middle East. As Samuels puts it:

Like Obama, Rhodes is a storyteller who uses a writer’s tools to advance an agenda that is packaged as politics but is often quite personal. He is adept at constructing overarching plotlines with heroes and villains, their conflicts and motivations supported by flurries of carefully chosen adjectives, quotations and leaks from named and unnamed senior officials. He is the master shaper and retailer of Obama’s foreign-policy narratives, at a time when the killer wave of social media has washed away the sand castles of the traditional press. His ability to navigate and shape this new environment makes him a more effective and powerful extension of the president’s will than any number of policy advisers or diplomats or spies. His lack of conventional real-world experience of the kind that normally precedes responsibility for the fate of nations—like military or diplomatic service, or even a master’s degree in international relations, rather than creative writing—is still startling.

(A blunter assessment of Rhodes’s role in the Obama White House was provided by FP, which called Samuel’s article “A stunning profile of Ben Rhodes, the asshole who is the president’s foreign policy guru.”)

Mythmaking has characterized the American policy establishment in recent years. By contrast, Israel in the aftermath of the 1973 Yom Kippur War suffered from bad decision-making and broken intelligence, but nonetheless had a heavy dose of realism grounded in a proper understanding of the Middle East. The 1973 war was Israel’s version of Pearl Harbor. Even though Israel would eventually overcome the Syrian and Egyptian forces on the battlefield, it was a frightfully close affair, and ultimately cost the lives of 2,688 Israeli soldiers. This was partly because Eli Zeira, the head of Israeli military intelligence, minimized the significance of enemy military maneuvers across the Southern and Northern borders and belittled the threat by arguing that it nothing more than the annual military drills. Zeira avowed that there was “low probability” for a war on both Northern and Southern fronts. Prime Minister Golda Meir relied on her military advisors, especially Moshe Dayan, and accepted Zeira’s prognosis. Recently declassified documents from the IDF archives, reveal a failure of intelligence, including the breakdown in communication regarding warnings by Mossad asset Ashraf Marwan, the son-in-law of then Egyptian president Gamal Abdel Nasser.

In April of 1974, six months after the Yom Kippur War ended, the Agranat Commission of Inquiry issued its interim findings calling for the resignation of Elazar, Zeira and other officers. It absolved Meir and Dayan, a finding that touched off widespread public protests, including mass demonstrations. But a week later Meir, weary and attuned to public sentiment, announced that she was stepping down, forcing new elections.

Obama is hardly a Golda Meir, in either experience or modesty. Meir knew her limitations and understood the responsibilities of her office when the country’s national interest was at risk. In contrast, Obama created stories to overcome the costs of declining American deterrence and an uncertain legacy that history has yet to judge. Coming to grips with the failures of Benghazi, Syria, and rise of ISIS, to name just a few, have yet to alter the course of the ill-fated foreign policy directions taken by the Obama administration. And no investigative committee at this point will change the White House.

There is no doubt that the image of leadership we look for in our elected leaders is a factor in supporting them. Yet, there should also be another level of humility and responsibility that engenders respect and power. Neither of these characteristics have been displayed by the current White House; we have seen more ignorance and arrogance at the expense of our traditional allies, forcing us to retreat into isolationism.

In Israel, failures have higher costs due to the neighborhood it is located in consequently, the prevailing dogma is that losing wars is not an option no matter what the costs. Meir’s resignation was not Israel’s finest moment but it displayed a unique set of kind of leadership principles that did not compromise power. One can hope that these historical lessons will be embraced by other leaders of today.