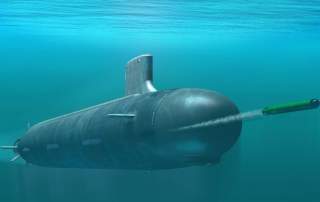 Unmanned undersea vehicles (UUVs), or undersea drones, are the latest newcomers to planned U.S. force posture in the Asia-Pacific region, as Secretary of Defense Ashton Carter recently revealed. Prior to his announcement, CSIS reports on Asia-Pacific naval capabilities and Australia-Japan-U.S. maritime cooperation argued for greater bilateral cooperation on UUVs, which were also on show at the first naval exhibition in Yokohama, Japan, last year.

Heightened interest in the role of UUVs in the Asia-Pacific region prompts questions about their operational role and likely strategic implications. In principle almost any undersea task could be accomplished by autonomous systems, but in reality missions are more limited:

1. Mine countermeasures (MCM) are the main missions for UUVs, as reducing threats posed by sea mines, saving operators’ lives, and improving operational efficiency make a perfect match. As a consequence, concepts of operations are available and technology has matured. For example Australia, China, Japan, Singapore, and Thailand all use UUVs manufactured by local and foreign suppliers such as Atlas Elektronik, ECA, Hydroid/Kongsberg, and Saab for MCM.

2. Most Asia-Pacific navies combine UUVs for MCM with intelligence, surveillance, and reconnaissance (ISR). ISR missions that go beyond MCM, such as battle space intelligence preparation, still need to mature, as they are more demanding in terms of concepts and technology. Some navies in the region also balance operational benefits with geostrategic risks and decide not to use UUVs for covert ISR as these missions could be seen as intrusive by neighbors.

3. Anti-submarine warfare (ASW) is an emerging UUV mission resulting from significant investments in submarines across the Asia Pacific. Despite this, many navies in the region still have significant undersea capability gaps. This has triggered interest in UUVs. China is said to be discussing UUVs for ASW, and Singapore and Australia, who are both modernizing their submarine portfolio, might have an interest in the future.

So far, the United States enjoys undersea superiority. The U.S. Navy has been the leading user of UUVs and a key force for UUV-related research and development, but challenges remain.

First, the discussion on the impact of adversarial anti-access and area denial (A2AD) capabilities, such as submarines and powerful undersea sensors and networks, on U.S. power projection is in full swing. With undersea risks rising, UUVs could become key levers. However, information degradation will reign high in A2AD environments, so UUVs need to become more autonomous. Thus today’s focus on keeping human operators in full control of autonomous systems might not fully reflect counter-A2AD requirements.

Second, the U.S. Navy’s “Away Game” operational concept, which uses forward deployment to protect and project U.S. power around the globe, translates into specific requirements such as mission endurance and multi-role capabilities also relevant for UUVs. The U.S. undersea strike capacity will “plummet by more than 60 percent relative to today by 2028,” and the U.S. Navy envisions closing this gap with UUVs. In this regard, submarine design plays a key role. The Virginia-class payload module might be perfect for Large Displacement UUVs (LDUUV), but few other navies have the same submarine capability. Taking the LDUUV idea to the next stage, Extra-Large UUVs are being considered as “trucks to deliver other payloads and UUVs.” All this leads to a very specific UUV philosophy that might deter others from following the U.S. example.

Third, Russia and China, two geostrategically important submarine nations, are developing their own UUVs. Both share an interest in the missions discussed above, but their ambitions go beyond. Among others, they are interested in developing solutions to counter adversarial UUVs. In addition, China seems interested in using UUVs to defend sovereignty claims at sea, and the Russian company Rostec is working on UUVs to track surface ships and support undersea camouflage.

So, will UUVs soon tilt the Asia Pacific’s undersea balance toward offensive action? No, this is not yet in the cards. Disruptive innovation is not part of the strategic culture of key U.S. partners such as Singapore, South Korea, and Japan. In addition, most regional navies have until recently focused on defensive and localized naval tasks, which also explains the focus on MCM. Clearing sea corridors of sea mines enables naval intervention, but even in this case UUVs are not yet used offensively. Finally, even while attempting to counter the United States, current thinking on UUVs within Russia and China largely takes place within the conceptual paradigm set by their competitor.

This, however, could change. Russia has in the past shown a top-notch capacity for thinking about the impact of new technology on war fighting concepts. And China’s more assertive coast guard could start using UUVs, which would be challenging since adequate responses in the grey area between naval tasks and law enforcement at sea are lacking. In addition, both nations are warming to the idea of undersea swarms with UUVs.

In order to hedge against these and other strategic uncertainties in the Asia-Pacific region, CSIS scholars have suggested a federated defense approach that “knits together a geopolitically significant defense capability.” For UUVs to support federated defense, the United States should consider three policy options:

Advance UUV proficiency through joint exercises. Joint exercises are the best means to increase allied UUV proficiency. For years, the U.S. Navy has been organizing naval exercises in the Arabian Sea and the Pacific Rim, which include training in the use of UUVs for MCM. In the Asia Pacific, this focus should be broadened to include ASW. In addition, it would be useful to involve maritime security actors such as coast guards, fisheries authorities, and customs in order to provide Asia-Pacific allies and partners the opportunity to develop comprehensive UUV approaches involving different stakeholders.

Bring in European partners. Given growing economic ties, European partners also have a strategic interest in stable Asia-Pacific waters. Thanks to their defense industrial capacity, Germany, France, Norway, and Sweden already play an important role in equipping Asia-Pacific undersea forces. Integrating European partners into the federated UUV approach would effectively create a bridge between EU and NATO undersea forces and partners in the Asia Pacific. This would provide navies the option to choose the systems that best serve their interests, while the U.S. Navy would remain the ultimate “strategic integrator.”