M4 Carbine: The Gun the Army Loves to Go to War With 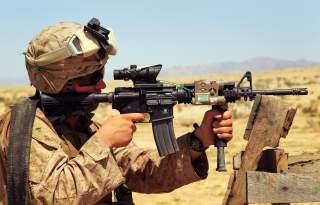