A Man-Made Ecological Catastrophe: More Than Half of All Earth’s Vertebrates Have Disappeared 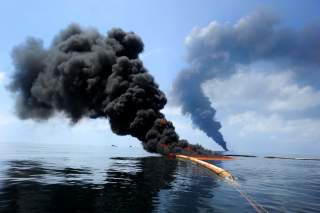 In a world of crises from Ebola to Syria, it’s easy to overlook slow-motion calamities. Both the U.S. government and the mainstream media are vulnerable to this myopia, the former in thrall to the tyranny of the in-box, the latter forever chasing what’s “new” in the news. This may account for the silence that has greeted recent scientific evidence that the Earth is experiencing a devastating and potentially irreversible loss of biodiversity. Unfortunately, this man-made ecological catastrophe is unfolding at a gradual, if inexorable, pace in multiple areas of the world. But it is harder to find images akin to a hostage begging for his life, or health workers clad in protective suits, to hold the public’s attention and mobilize political support for action. Thus, humanity continues to sleepwalk, as the planet experiences only the sixth major extinction event in its 4.5 billion year history.

On September 30 the World Wildlife Fund (WWF) and partner organizations issued a jaw-dropping report. According to the Living Planet Report 2014, between 1970 and 2010 more than half of all Earth’s vertebrates (mammals, birds, reptiles, amphibians, and fish) disappeared, even as the human population nearly doubled from 3.7 to 7 billion. This decline occurred everywhere—on land, in rivers, and in the oceans. The main culprits were habitat destruction and unsustainable resource exploitation through commercial fishing and hunting. The greatest declines occurred in freshwater systems, where populations declined by 76 percent. Latin America alone lost 83 percent of its wildlife—the most dramatic drop globally. “If half the animals died in the London zoo next week it would be front page news. But that is happening in the great outdoors,” as one of the reports contributors, Kevin Norris of the Zoological Society of London, told the Guardian.

It is clear by now that Homo sapiens is the most potent invasive species ever. By clearing forests and transforming land for agricultural use and new human settlements, by exploiting and altering water systems, and by polluting the air, rivers, and oceans, we have placed extraordinary pressures on countless species of animals and plants, as well as microorganisms on which natural cycles depend. Last year an exasperated Sir David Attenborough, one of the world’s best known naturalists, declared humans to be a “plague on earth.”

The WWF report seeks to measure humanity’s global “ecological footprint”—that is, how much area is currently required to supply humanity with ecological goods and services. It concludes that the Earth would need to be 1.5 times bigger than it is to allow these goods and services to be regenerated and exploited in a sustainable manner. And things are likely to get worse before they get better. By 2050 the world will add an estimated 2.4 billion more people, even as consumption rises dramatically among swelling middle classes in developing countries.

This week, representatives from nearly two hundred countries have gathered in South Korea for the biannual Conference of Parties to the Convention on Biological Diversity(CBD). One of their main tasks is to assess progress on a set of twenty targets (divided into fifty-six indicators) which they agreed to in 2010. These commitments were designed to slow the destruction of species’ habitats, cut pollution, and stop overfishing by the end of the decade, including by safeguarding ecosystems and encouraging national policies to support biodiversity. So what’s the status?

The news is grim. According to Global Biodiversity Outlook 4, published on the eve of the conference, the world is on track to meet only five of the fifty-six sub-elements. And while there has been some progress on thirty-three others, the world will fall short on these. A recent article in the journal Science, coauthored by more than fifty scientists, similarly predicts that the world will fall woefully short of achieving these goals.

What is becoming ever more clear is that humanity is simply exploiting nature without accounting for the ecosystem services that it provides. Collectively, we are running down our natural capital assets, rather than including them on corporate balance sheets or in national strategies for fostering economic growth. As WWF President Carter Roberts told CBS News, “We’re gradually destroying our planet’s ability to support our way of life…. We all live in a finite planet and it’s time we started acting within those limits.”

This sort of “limits to growth” talk has long been anathema to free market enthusiasts, as well as techno-enthusiasts, who predict that human ingenuity will continue to confound Malthusian predictions of the sort that biologist Paul Ehrlich made in his 1968 work, The Population Bomb. There remains great suspicion, particularly in libertarian and conservative circles, of any statist, public policy steps that would threaten to cap levels of consumption and growth.

The most intriguing approaches to biodiversity loss, however, are likely to come from those who argue that biodiversity loss represents a market externality, often a reflection of the well-known “tragedy of the commons.” The solution is likely to be found in regulatory steps to “internalize” current externalities. One such approach, which has been tried to good effect in some fisheries, is to issue a limited number of “catch shares” and allow fishermen to trade these permits. But the scope of the current ecological calamity requires even more creative ideas about how to account for the “ecosystem services” we get from nature—ranging from soil fertility to clean air to pollination to genetic diversity—including by charging those who run them down to the detriment of us all. Some of the most innovative thinking on these questions has been done by Dr. Gretchen Daily of Stanford University, 2012 winner of the prestigious Volvo Environment Prize.

New ideas must be married to political leadership, however. And here, the United States is in an ambiguous position. Despite being the largest bilateral funder of sustainable development programs worldwide, the United States is one of only two UN member states that have not ratified the Convention on Biological Diversity (the other is Andorra). President Clinton signed the CBD in 1993 and transmitted it to the Senate. Despite being voted out of the Senate Foreign Relations Committee after a bipartisan vote of 16-3 in 1994, a vote of the whole Senate has never been scheduled—a reflection not only of the general antipathy that many conservative U.S. senators feel toward UN environmental treaties, but also of groundless claims that the CBD will undermine U.S. sovereignty, impose taxes on the United States, infringe on intellectual property rights, and hurt U.S. biotechnology and agriculture interests. All such concerns can easily be addressed through use of explicit U.S. reservations, declarations, and understandings—as the Senate typically does when providing its advice and consent to treaties. In the meantime, as a mere “observer” rather than a party to the CBD, the United States undermines its standing as a leader in protecting the world’s precious genetic diversity.

This piece first appeared in CFR’s The Internationalist blog here.