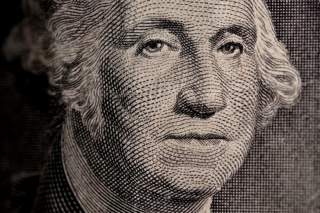 Maryland farmer Calvin Taylor has lived his life always trying to do the right thing.

Through their business, the couple employs a number of teenagers to work at their farm stands and on the farm. They boast of selling the best corn in the state of Maryland.

On Sept. 16, 2011, though, the Taylors learned that thousands of dollars their business generated had disappeared in an instance.

On that day, Taylor told the House Ways and Means Subcommittee on Oversight in testimony Wednesday, IRS agents knocked on the couple’s farmhouse door and asked to speak with Taylor about his banking transactions.

At first, the agents said they didn’t think the Taylors had done anything wrong. But the conversation shifted from discussions about a change in their business’s name on its checking account to a pattern of cash deposits Taylor made at the bank.

The agents, Taylor told lawmakers Wednesday, wanted to know why so many of his transactions had totaled just under $10,000, and Taylor told them it was common knowledge that any cash deposits of more than $10,000 meant that the bank had to file a form with the government.

According to other business owners Taylor had spoken with, any cash deposit of over $10,000 was reported to the IRS, and “nobody wants your name filed to the IRS, even if you’re as honest as you can be.”

To the IRS, though, the pattern of deposits under $10,000 was indicative of structuring, which involves making consistent cash transactions to avoid federal reporting requirements.

Structuring is a crime.

The agents talked with Calvin and Debora Taylor for an hour before telling them they had been to the couple’s bank and taken all of their money—$90,175.48— through civil forfeiture, leaving them with nothing.

“I thought of the bills that had to be paid, the teenagers who hadn’t cashed their checks yet,” Taylor said today. “What kind of employer bounces checks off of their employees?”

Furthermore, the couple had mailed out invitations to their daughter’s wedding the day before the agents visited their house, and they were planning to pay for both her wedding and reception taking place six weeks later.

Taylor provided the IRS with four years of financial information to prove he and his business had done nothing wrong, and two weeks later, the IRS said it didn’t think Taylor knowingly broke the law.

The government offered him a settlement: 5 percent of the amount of the money deposited in “structured” amounts from July 2008 to August 2011, which totaled $41,790.

“I was realistically looking at losing what I had worked my life for and what my father had worked his life for,” Taylor said. “So there was no choice. I had to sign.”

On Wednesday, Taylor and Frederick, Md., dairy farm owner Randy Sowers testified before the House Ways and Means Subcommittee on Oversight to talk about their experiences with civil asset forfeiture, a tool that gives law enforcement the power to take cash, cars, and property if they suspect it’s tied to a crime.

Both Taylor and Sowers had tens of thousands of dollars seized by the IRS under civil forfeiture for a crime called structuring.

Under the Bank Secrecy Act, structuring, which involves making consistent cash deposits and withdrawals of under $10,000 with the intent of evading reporting requirements, is a crime.

Structuring laws were intended to target money launderers, drug traffickers, and those funding terrorist activity. However, small business owners like Taylor and Sowers have become trapped in the system.

In many cases, the only crime the business owners are committing is structuring, and both Sowers and Taylor contend they were unaware they were doing anything wrong.

“Thomas Jefferson said something about the government getting so big that it can take everything you have,” Taylor said Wednesday. “It just seems very, very real to me right now.”

The IRS argues that structuring is illegal, and IRS Commissioner John Koskinen told lawmakers repeatedly that a prosecutor and federal judge must find probable cause to seize money from Americans.

Koskinen, as well as federal officials who appeared before the subcommittee, could not comment on specific cases.

After a growing number of cases involving innocent people who had money seized by the IRS for structuring were documented by the media, though, the IRS and Justice Department both internally changed their policies to address the issue in 2014 and 2015, respectively.

Under the new policies, officials with the federal government could only pursue structuring cases if they could prove the money in question stemmed from criminal activity.

The new rules at the IRS and Justice Department offered additional protections for business owners dealing largely in cash. But they did little to help Sowers and Taylor, whose money was seized before the federal government acted.

And Taylor and Sowers aren’t alone.

The IRS told lawmakers Wednesday that they have identified 75 cases involving property owners whose money was wrongfully seized, and whose money wouldn’t have been seized under the current policy.

The Institute for Justice, though, identified more than 600 cases involving property owners who had a collective $43 million seized from 2007 to 2013. In those cases, the IRS didn’t report any suspicion of criminal activity outside of structuring.

Koskinen, however, said some of those cases may involve money coming from an illegal source.

“You don’t have to be a lawyer or a lawmaker to know this is morally wrong,” Rep. Charlie Rangel, D-N.Y., said. “This amounts to stealing somebody’s property by using coercion and the power of government. Just because it’s the government doesn’t mean it’s right. It makes it even worse.”

To further protect property owners who have cash taken by the IRS for structuring violations, Ways and Means Oversight Subcommittee Chairman Peter Roskam, R-Ill., and Rep. Joseph Crowley, D-N.Y., a committee member,introduced a bill that would codify the IRS’s policy change.

After the IRS seized Taylor’s money, he said his reputation in the community changed—he and his wife became known as the “people who had a problem with the IRS.”

To help the family, Taylor’s son stopped accepting wages for the remainder of 2011, living instead off savings, and Taylor had to take out an operating loan to start the following year, adding to his interest expenses.

Taylor just recently reimbursed his son for the wages he gave up after the IRS seized money from his parents’ business.

After the IRS and Justice Department changed their policies in 2014 and 2015 regarding their pursuit of structuring cases, lawyers for Sowers and Taylor filed petitions for their respective clients asking the federal government to return the money each business owner forfeited.

Called petitions for remission or mitigation, the legal mechanisms are akin to a pardon petition and, if approved by the government, would require the IRS and Justice Department to return the money taken from Sowers and Taylor.

Neither business owner has received word from the federal government, though the Justice Department told Taylor it could still prosecute him for criminal charges.

“You’re always looking over your shoulder. When you think you’re doing the right thing, you wonder, ‘Am I doing the wrong thing even though I think I’m doing the right thing?’” Taylor said of how he’s changed since the IRS took his money. “I’ve always tried to be very honest and upright in everything I do. I don’t have much faith in the government. They took my money with no notice, and then they kept it even though they found nothing wrong. They kept it because they could.”