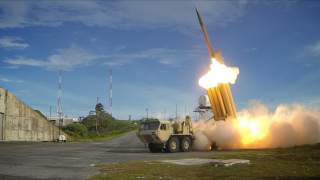 H.R. McMaster, in a call with his counterparts in South Korea, explained that the U.S. will honor initial agreements and pay for the installation of a U.S. missile shield on South Korean soil, the South Korean presidential office said in a statement. McMaster reportedly reaffirmed the importance of the U.S.-South Korean alliance

The U.S. is in the process of installing a Terminal High Altitude Area Defense (THAAD) anti-missile system in South Korea. The decision to boost South Korean missile defense through the addition of THAAD was officially announced last July. The installation process began immediately after North Korea fired off a salvo of four extended-range Scuds in early March.

The missile shield is expensive, and the president is not clear on why the U.S. is covering the costs.

“I informed South Korea it would be appropriate if they paid. It’s a billion-dollar system,” Trump told Reuters Friday. “It’s phenomenal, shoots missiles right out of the sky.”

The original arrangement was that Seoul secures the land and the U.S. pays for THAAD.

The cost of THAAD is estimated to be about $1.2 billion, but there are key reasons the U.S. is unwilling to sell the missile shield to our allies in South Korea.

“We want to retain THAAD in our arsenal, consistent with all other U.S. weapons systems deployed on the Korean peninsula,” a Department of State official told Reuters reporters, “We own them. We retain them. We have the right to redeploy them.”

“National Security Adviser H.R. McMaster explained that the recent statements by President Trump were made in a general context, in line with the U.S. public expectations on defense cost burden-sharing with allies,” Seoul said in a statement.

Major elements of the THAAD system are moving into Seongju, and the anti-missile system is expected to be operational soon. The missile shield is expected to boost regional missile defense, protecting allies and U.S. troops in the region as North Korea continues to advance its weapons program.