Mexico Is Buying Some of America's Most Powerful Weapons (But Why?) 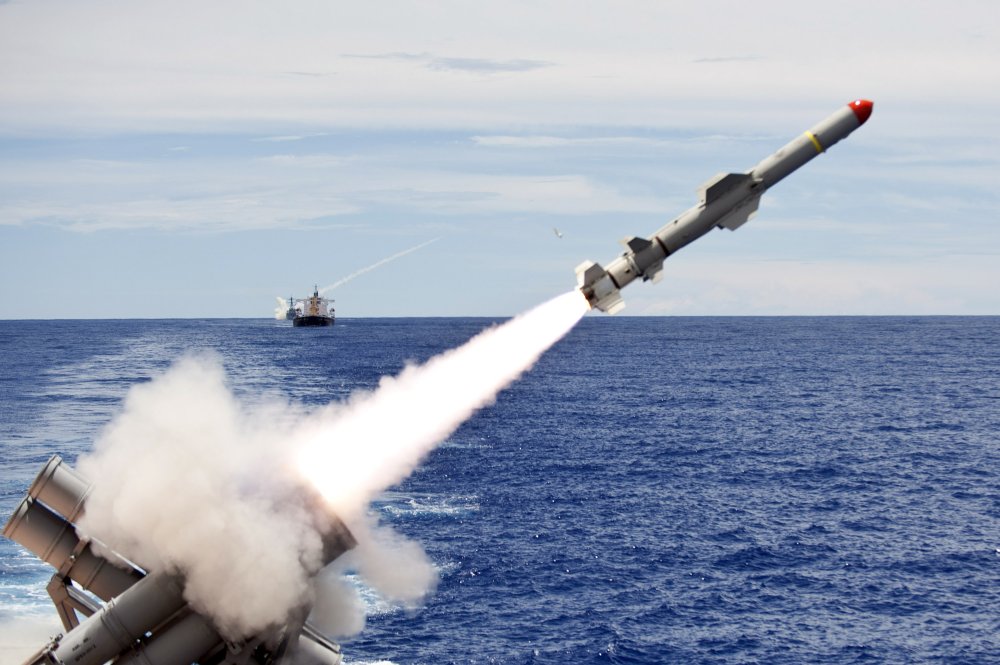 Mexico is on the verge of being a failed state, swept by violence from powerful drug cartels who have turned the nation's cities and villages into bloody battlegrounds.

Something needs to be done. But how exactly does Mexico buying antiship and antiaircraft missiles help the situation?

"This proposed sale will support the foreign policy and national security of the United States by helping to improve the security of a strategic partner," said the U.S. Defense Security Cooperation Agency, which oversees arms sales to other nations. "Mexico has been a strong partner in combating organized crime and drug trafficking organizations. The sale of these ship-based systems to Mexico will significantly increase and strengthen its maritime capabilities. Mexico intends to use these defense articles and services to modernize its armed forces and expand its existing naval and maritime support of national security requirements and in its efforts to combat criminal organizations."

But how will Harpoon missiles, designed to blow Russian and Chinese warships out of the water, stop criminal organizations? Drug cartels don't operate aircraft carriers (at least not yet). They transport their cargo in freighters and speedboats. Cartel vessels aren't armed with antiship guided missiles that require Mexican Navy vessels to defend themselves with RAM antimissile weapons. As for antisubmarine torpedoes, the cartels do use homemade "narco-submarines" to transport their product, including semi-submersible and even fully submersible boats. But the Mark 54 torpedo is "designed to defeat high-speed, nuclear-powered submarines," according to manufacturer Raytheon. If the Mexican and Colombian cartels ever start operating nuclear-powered subs armed with antiship missiles, it's not just Mexico that will be in trouble.

If these advanced weapons are useless against organized crime, then what are they useful for? Most likely what these weapons are designed for, which is fighting regular armed forces. But the military capability of Mexico's small southern neighbor Guatemala is insignificant, while that of Mexico's northern neighbor...well, a naval conflict is neither likely to happen nor likely to last long.

To be fair, Mexico tends to be overshadowed by the United States, even though it is actually a middle-sized power of 130 million people with the world's sixteenth largest economy. As such, it's not unexpected that its armed forces would acquire some sophisticated weaponry, points out Christopher Wilson, deputy director of the Mexico Institute at the Wilson Center in Washington, D.C.

Mexico hasn't fought a conventional war since World War II, where it sent an expeditionary force to fight alongside the Americans in the Pacific. More recently, the Mexican military has found itself used as a law enforcement agency in place of the often-corrupt police. But it also has found a new role in humanitarian efforts, most famously when Mexican troops journeyed north in 2005 to assist with relief efforts in New Orleans after Hurricane Katrina. Equipping a few patrol ships with advanced weaponry will give Mexico a means to participate in humanitarian operations that might involve military force.

The arms sale may also reflect closer military cooperation between the United States and Mexico, with the latter being especially sensitive given that American troops invaded in 1847 and 1916. Yet the U.S. and Mexican militaries have grown closer over the last five years, despite tension caused by President Trump's controversial policies toward Mexico, according to Wilson.

Nonetheless, if the issue is Mexican national security, then U.S. arms sales should be aimed at the gravest threats to Mexico—which are not nuclear submarines and guided missiles. What's tearing apart Mexico are gangs of teenage gunmen killing each other and innocent bystanders, and the poorly paid and poorly trained police can't stop them. Perhaps there are better uses for that $98 million.