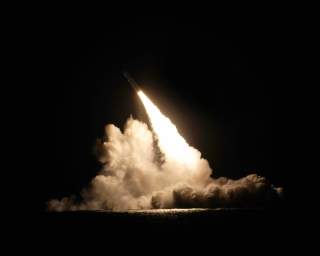 According to the U.S. National Security Strategy, the potential use of nuclear weapons poses the greatest danger to U.S. security. The U.S. strategic deterrent exists to deter a nuclear attack or blackmail against the United States and its allies. If deterrence were to fail, the president would make the decision whether to launch nuclear weapons based on information provided by the Nuclear Command and Control System (NCCS), and would communicate his decision through the system. NCCS must be modernized to provide survivable and reliable support of that process.

The NCCS depends on a collection of activities, processes, and procedures performed by military commanders to communicate leadership decisions to nuclear forces. Military and commercial satellite sensors transmit and receive voice, video and data through the NCCS via land-based secure and non-secure phone lines, undersea cables, and airborne relay like the E-4B National Airborne Operations Center (NAOC) and E-6B Airborne Command Post planes. The system is utilized by stakeholders at the White House, Department of Defense, Department of State, Department of Homeland Security, and other federal agencies.

The Nuclear Command and Control (NC2) is a survivable network of communications and warning systems that ensures connectivity from the president to nuclear forces provided by NCCS personnel, procedures, facilities, equipment and communications. The five functions of NC2 include force management, planning, situation monitoring, decision making, and force direction. Included in NC2 is the Integrated Tactical Warning/Attack Assessment (ITW/AA) System that evaluates details using surveillance, correlation, and warning along with independent sources of information to ensure credible assessments of ballistic missile, space and air attacks on North America and its interests.

NC2 can be transferred to the E-4B NAOC and E-6B Airborne Command Post if fixed command centers are destroyed as a result of an attack.  A NAOC aircraft is ready to launch within minutes from random basing locations, ensuring the survivability of the aircraft and the mission while the E-6B serves as an airborne command post and an aerial backup of the Global Operations Center (GOC) with two additional missions: launch Minuteman III intercontinental ballistic missiles, a standby to the land-based launch control facilities, and relay presidential nuclear control orders to Navy nuclear submarines and Air Force nuclear missiles and bombers.

The nuclear command, control, and communications system is the network that moves trusted data and advice to presidential advisors, the president, the National Military Command System, and nuclear weapons delivery platforms. It provides national leaders with situational awareness, advanced warning and command and control capabilities to ensure authorities have the maximum amount of time to make decisions, strengthening the Air Force’s ability to respond and employ forces against a target.

While the information and communication lines within NCCS are critical to the safety of the U.S. and its interests, the system needs to be modernized to ensure survivability and operate with current technology. To avoid the interruption or destruction of sensitive electronics of the system, NCCS facilities need to be built to resist the effects of a nuclear explosion and an electromagnetic pulse attack. Modern systems must also be able to operate on internet-like networks to provide survivable and reliable support, and must be protected against cyber attacks and network intrusions.

The Air Force in particular needs more money to modernize nuclear networks since they have been in place since the Cold War.  Admiral Cecil D. Haney has confirmed mission success is increasingly at risk due to age and the growing complexity of the security environment. Upgrading the system will likely translate into lower costs for maintenance since new technology is less extensive to sustain. The Air Force is working towards upgrading the system to support the current intercontinental ballistic missile program as well as the future Ground-based Strategic Deterrent likely to be deployed circa 2030.

The Nuclear Command and Control System provides critical information and communication pathways to U.S. government officials, the president, and the U.S. strategic deterrent. The leader of the Free World is dependent on intelligence from NCCS to decide whether launching a nuclear weapon is the best course of action and the president will communicate his decision through the system.  Since NCCS ensures crisis stability, deters attack against the U.S. and allies and maintains the safety, security, and effectiveness of the U.S. nuclear deterrent, it must be upgraded to operate with modern technology, protected against cyber attacks and network intrusions, and survive if a nuclear or electromagnetic pulse attack were to occur.