Moving US Embassy to Jerusalem Is a Mistake 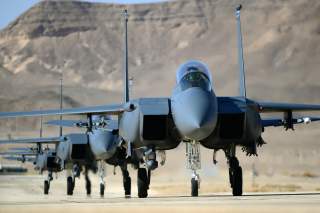 It is a quadrennial tradition for Presidential candidates to pledge they will move the US Embassy in Israel to Jerusalem only to have the ultimate winner backtrack as soon as he takes the oath of office.

This time the winning candidate appears intent on keeping his promise.  Trump has reportedly entered the early stages of talks with Israel’s government on the precise logistics of moving the Embassy.  Doing this would be a huge mistake that carries huge downsides for no possible strategic gain to the United States.

The government of Israel has long wanted the US to move its embassy to Jerusalem for the obvious reason that their position is that Jerusalem is the capital of their country and foreign embassies should be in the capital.  But the general position of the international community is that the final status of Jerusalem is to be decided by a negotiated settlement between the Israelis and Palestinians.  This is why every country that has an embassy in Israel locates their embassy in Tel Aviv.

The interests of the United States in the region are to maintain its alliance with Israel while also maintaining good relations with its Arab partners and to eventually restart the peace process with an eye towards a negotiated settlement.  The United States cannot take a position on the final status of Jerusalem and still do all these things.  If the US appears to be taking a position on the final status of Jerusalem it will preclude itself from posing as an honest broker in any future peace negotiations.  The American position has to be that if the two sides are interested in coming to the peace table we will provide the table.  It can’t do this if it moves its embassy.

The obvious retort to this is that the peace process is dead anyway so why bother.  This assumes the current impasse is permanent.  This is unlikely.  After the 1973 Yom Kippur War, very few people would have predicted that just six years later Israel and Egypt would sign a peace agreement.  It is true that right now the peace process lies in shambles but opportunities can arise suddenly and without warning.  Life comes at you fast in the Middle East.  There is no sense in foreclosing any future chance of reviving the peace process just because prospects look dim now.

In fact, moving the Embassy would only make matters worse by radicalizing Palestinian public opinion and pressuring Palestinian leaders to adopt a more anti-US stance.  If the US appeared to be taking Israel’s side on the final status of the Holy City ordinary Palestinians might be inclined to see extremist groups like Hamas, which still calls for the total destruction of Israel, as their only hope of gaining a state of their own.  Moderate factions willing to negotiate would be fatally undermined if the US appeared to be settling the question of Jerusalem with no Palestinian input.

The move would also cause an enormous rift with America’s Arab allies, especially Jordan.  Half the Jordanian population is Palestinian.  If the US inflamed the Palestinians living in Jordan by moving the Embassy it could cause serious domestic problems for Jordan’s government at a time when the flow of Syrian refugees is already putting enormous pressure on King Abdullah’s ability to secure the Kingdom.  Jordan’s government is apparently so concerned that they are already meeting with the Palestinian leadership on how to respond to a decision to move the Embassy.  Any unrest in Jordan would also jeopardize Jordanian cooperation in the fight against ISIS.  In fact, there is a serious risk that America’s other Arab allies will be under domestic political pressure to curtail security cooperation with the US.  This could cause problems for the US in its fight against ISIS but also hamper the broader effort to contain Iranian ambitions.

Moving the US Embassy from Tel Aviv to Jerusalem would carry significant costs for the United States.  It is unclear what the benefit to the United States would be.  It is incumbent on advocates of moving to Embassy to explain what exactly the American interest being advanced is.  So far, they haven’t found one.