Much Ado About Nothing: Bannon and the NSC 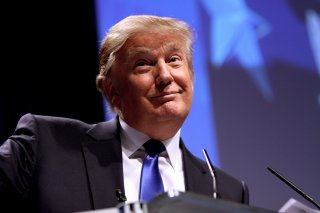 General H.R. McMaster’s appointment as National Security Advisor has revived the debate about the structure, personnel, and focus of the NSC. In particular, Stephen Bannon’s status as a permanent member on the principals committee has received renewed attention.

When first announced in President Trump’s executive order, a whole litany of former Obama National Security Council officials condemned his appointment as an abrogation of tradition, process, and function. Tweets and op-eds proliferated on how the NSC is becoming “politicized” and that neither Valerie Jarrett nor Karl Rove held a regular seat in the Situation Room during the Obama and Bush White Houses. There was particularly sharp criticism concerning the decision to remove the Director of National Intelligence and the Chairman of the Joint Chiefs of Staff from the principals committee.

While precedent was indeed neglected by placing a senior political advisor on the principals committee, Bannon’s appointment does not guarantee a significant break in tradition — at least at the level of practice. Karl Rove didn’t sit in on Situation Room meetings, but it would be safe to assume that the President relied on the counsel of Rove to weigh major decisions on politics and national security. Jared Kushner likewise does not sit on the NSC, and yet Kushner has already been deputized to play a leading role on a number of foreign policy priorities, most notably the Arab-Israeli conflict.

It would be naïve to think that even Henry Kissinger operated in an airtight apolitical bubble. To be sure, in the darkening days of Watergate, as President Nixon’s presidency was collapsing around him, Kissinger had more space than others to shape foreign policy, insulated as he was from the imperatives of a re-election campaign and politics as usual. But Secretary Kissinger came up against a political wall in the run up to President Ford’s election campaign, when a number of Kissinger’s policy prescriptions were rebuffed by Ford’s political advisors due to the hard realities of electioneering.

The national security apparatus isn’t some apolitical bureaucratic structure insulated from the winds of change. Nor should it be. Arguably, it’s important to have policymakers on every level of the process sharing the President’s vision and advancing his priorities. A successful democracy is not defined by a peaceful transition of power alone. It demands that that transition be executed faithfully, such that the new administration actually incorporates the promises made to the electorate.

For the National Security Council to be effective it must have the confidence of the President and the flexibility to adapt the inter-agency process to the President’s style. Trump has already noted that the positions of Chief of Staff and Chief Strategist (a second title that Bannon holds) are co-equal, and it has been common practice to have the Chief of Staff attend NSC meetings in past administrations. If President Trump prefers to consider a wider range of issues as he thinks through and implements his foreign policy, he will weigh input from Stephen Bannon against those of his cabinet secretaries, no matter what process dictates. To avoid dysfunction and ineffectualness, it is best for the White House staff to adapt to the style of the President.

H.R. McMaster is an excellent choice to manage the inter-agency process and shape the strategic architecture of President Trump’s foreign policy. For him to succeed, he will have to do all of these things while navigating the domestic political atmosphere and mood that brought Donald Trump to the White House. Will he have a monopoly over the administration’s foreign policy, as Kissinger did under Nixon? Or will he inhabit a more traditional role as National Security Advisor? This remains to be seen, and rests, as it should, on the President.

Trump is an inherently unconventional President. He considers pure adherence to tradition a recipe for disaster, and he will seek to shake things up. Will he succeed? If so, what vision will he seek to impose on the international order? These are the larger questions to watch.