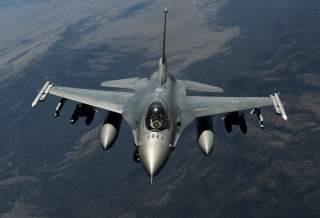 The United States and NATO are outgunned in Eastern Europe, but only in terms of concentrated ground forces in the view of America’s top military officer in Europe. However, Gen. Curtis M. Scaparrotti, commander of United States European Command and NATO Supreme Allied Commander Europe, said that he does not agree with a recent RAND Corporation study that suggests that the alliance could be overwhelmed by a Russian attack.

“I don't agree with that,” Scaparrotti told the Senate Armed Services Committee on March 8. “When you look at NATO writ large, it has the strength of 29 nations. The effort that's being made in NATO and the one that's being made here in the United States is to increase our capability to deter and, if necessary, defend.”

“I think part of their strategy is, first of all, that, as you look at their doctrine, they intend to use activities below the level of conflict to undermine their opponent,” Scaparrotti said. “And, if that would go well, they would undermine their opponent without firing a shot. And I would like to make the statement that I think that, while they have advantages, even conventionally, due to interior lines, proximity and size of force, which was noted by the chairman, in the longer run, NATO has great advantages that they actually recognize and fear.”

Indeed, Russian exercises such as Zapad only confirm Scaparrotti’s view.

“For the most part, what Zapad did is reinforce what we believed was their direction in terms of their doctrine, their training, their modernization,” Scaparrotti said. “They focused on command and control for strategic to tactical, and we saw throughout the exercise. They focused on both conventional and nuclear, which we expected. They focused on both offensive, defensive operations, and they incorporated what I would call a whole-of-society approach. They mobilized their people, et cetera, in some aspects of this. And so, for us, it was a reinforcement of the doctrine that we've seen developing over the last, I'd say, ten years. From that, I mean, we learn from watching. And it helps us posture our force and train our force and also, you know, the development of our plans, obviously.”

However, the United States has to continue to modernize its forces—or American forces will be increasingly challenged by the Russian military by 2025.

“I would say that, given their modernization and the pace that it's on and what we are aware of they're doing, we have to maintain our modernization that we've set out so that we can remain dominant in the areas that we are dominant today. If we were not to do that, I think their pace would put us, certainly, challenged in almost every domain in a military perspective by, say, 2025.”