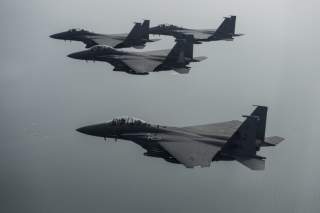 The transatlantic community faces threats on multiple fronts, rendering NATO as essential as it has ever been. Because of these changing regional security dynamics, the Alliance should consider some additional reforms to its internal structure and capacities, so that it can achieve necessary readiness. There is still much to ponder. On the road from the 2016 Warsaw Summit to the 2017 Brussels Summit, the Alliance should embrace six core approaches – a new strategic “six-pack” – in order to strengthen the process of NATO’s long-term strategic adaptation.

First, NATO should become a key platform for a new transatlantic grand bargain. The ongoing presidential race in the United States has once again revealed growing criticisms of NATO in some American political circles, especially among supporters of Donald Trump. A new transatlantic bargain should lead to more fair and balanced burden sharing, both in terms of devoting necessary financial resources as well as investing in the right capabilities. Following the decisions of the Warsaw Summit, the Alliance will, in fact, need additional heavier high-end capabilities. A NATO Defense Planning Pledge – which would not replace the NATO Defense Investment Pledge, but concentrate more on a desired military output – could become a starting point for a renewed transatlantic bond.

Second, NATO needs a clear political-military strategy to counter the Russian “Anti-Access/Area Denial” (A2/AD) systems. Even if A2/AD is by no means a new concept, it poses a formidable challenge to the political and military credibility of NATO, as it restricts the freedom to maneuver. Therefore, it should be considered an aggressive posture. In fact, Russia has harnessed an array of stand-off weapons – including air defense, coastal defense, cruise missiles, tactical ballistic missile platforms, and naval and submarine forces, as well as electronic and cyber warfare – which can turn areas falling within their range into strategically and operationally isolated “bubbles”.

Third, in an A2/AD and hybrid environment the Alliance needs a renewed and more ambitious exercises policy. NATO drills should not only provide assurance to Allies, but also serve as an element of a deterrence policy. An updated approach to exercises should not only include visibility, high-end capabilities and large-scale formations, but also be employed in a non-permissive environment on the eastern, northern and southern flanks. In short, what NATO needs are regular drills of the Follow on Forces in A2/AD “bubbles”.

Fourth, NATO needs additional robust intelligence, surveillance, and reconnaissance (ISR) capabilities, which are a fundamental requirement for effective situational awareness, strategic foresight, and early warning. In response to the current threats and challenges, NATO should consider employing a Regional Intelligence Analysis Centre (RIAC) on its eastern flank, which would supplement the work done by the NATO Intelligence Fusion Centre (NIFC). An additional ISR presence in the region, e.g. an AGS forward-operating location in Poland, would also support the planning and execution of current and future activities on the eastern flank.

Fifth, the Alliance needs a reviewed NATO Command Structure (NCS) that should be better suited to deliver on the collective defense tasks. Current regional security dynamics have challenged some assumptions on which the NCS was based, showing that its connectivity with the NATO Force Structure is not sufficient. Moreover, the Warsaw Summit decisions on strengthened deterrence and defense posture added new requirements for the existing NCS.

Sixth, NATO’s actions require a fully integrated approach to strategic communications (StratCom). The Russian pressure to redefine our values has now reached the stage of undermining the coherence of Euro-Atlantic communication. In the fog of misinformation NATO might be well prepared for classical cyber challenges, but the Russian-Ukrainian conflict shows that it also needs to be prepared for information war when the events are seamlessly melded with cyber, kinetic and electronic warfare operations. In fact, NATO’s activities should be enhanced by a creation of special StratCom departments throughout the Alliance member states to rapidly gather evidence, analyze and respond to disinformation campaigns.

As Europe confronts the prospect of future Russian aggression, terror, and domestic upheaval, NATO must remain a primary security guarantor on the continent. In fact, there is no viable alternative to NATO. But new security challenges cannot be borne by the Alliance of decades past. Indeed, NATO’s military adaption should be continued The Alliance must emphasize what is required of it, like intelligence, strategic communications and effective coordination and command, to confront these threats to transatlantic security. By developing a strategic “six-pack” NATO will stay on the right path and draw credible red lines that can keep Russian adventurism in check.

Dominik P. Jankowski is Head of OSCE and Eastern Security Unit at the Polish Ministry of Foreign Affairs.

Maksymilian Czuperski is Strategic Communications Advisor Europe and Special Assistant to the President of the Atlantic Council.

The views and opinions expressed in this article are those of the authors and do not necessarily reflect the official positions of the institutions they represent.