A New Look at Putin 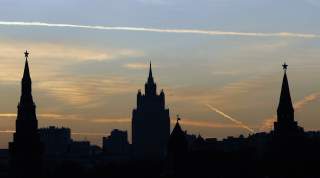 In this video, Stephen F. Cohen discusses Russia, Vladimir Putin and American foreign policy. Cohen is a prominent historian who regularly comments on U.S.-Russia relations. His sweeping and forceful critiques, which are grounded in a close study of the Russian past, have often provoked discussion and debate both during the cold war and today. His biography Bukharin and the Bolshevik Revolution, which suggested that the rise of Stalinism was not inevitable, has become a classic work. Cohen is professor emeritus of Russian studies, history, and politics at New York University and Princeton University. A Nation magazine contributing editor, his recent book, Soviet Fates and Lost Alternatives: From Stalinism to the New Cold War, is available in paperback from Columbia University Press.

This video originally appeared in The Nation.